“Your faith will live long” – Issue 18: Belarusian Culture During the Socio-Political Crisis 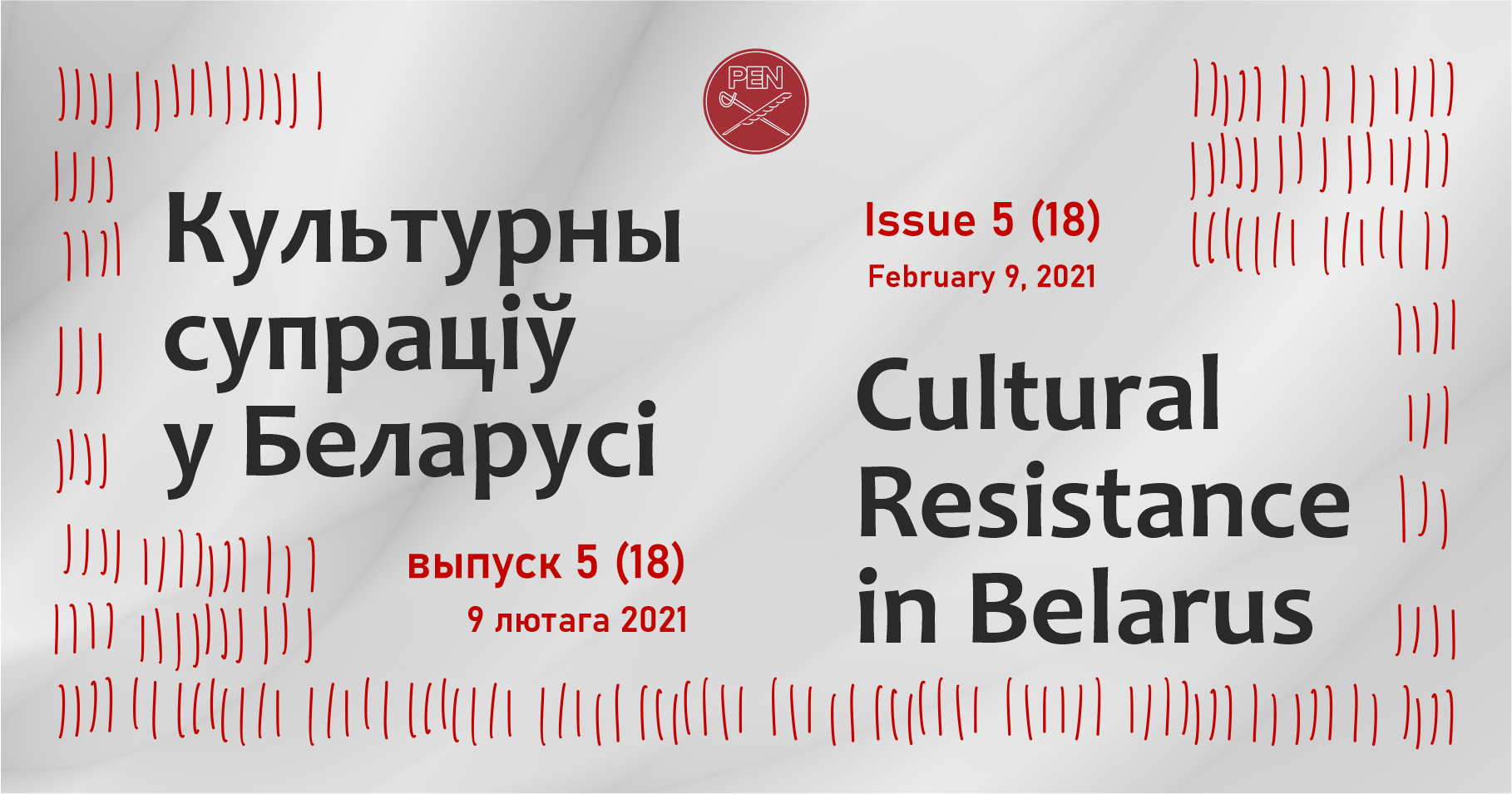 "I will serve my sentence, I will come out with my hands and my head held high, my soul pure", these were the last words of an imprisoned artist after his unjust sentence had been announced. There are more and more such sentences, and it is horrendous. That is why we don’t give up, for every creative act of protest and every act of solidarity is a voice, thousands, hundreds thousands of voices of free people, and together these voices break through the blockade of fear and violence.

Monitoring of violations of rights in the field of theater

As a supplement to the monitoring report of human rights violations against cultural workers and cultural rights in Belarus for 2020, PEN Belarus has published a report considering the situation with theater in more detail.

Aksana Mankievič, a tour guide, was found guilty of participating in an unauthorized mass event and sentenced to 15 days of administrative arrest. A whole group of 7 people was detained in Minsk on Independence Avenue on January 31, when random people were detained by security forces.

Mikita Broŭka and Ksienija Mikłašeŭskaja, employees of the store Symbal.by selling goods with national symbols, were sentenced to 20 days of administrative arrest for “picketing by placing products with symbols on the store counter”. Anastasija Trafimčyk and Volha Ihnatovič received 15-day administrative terms. 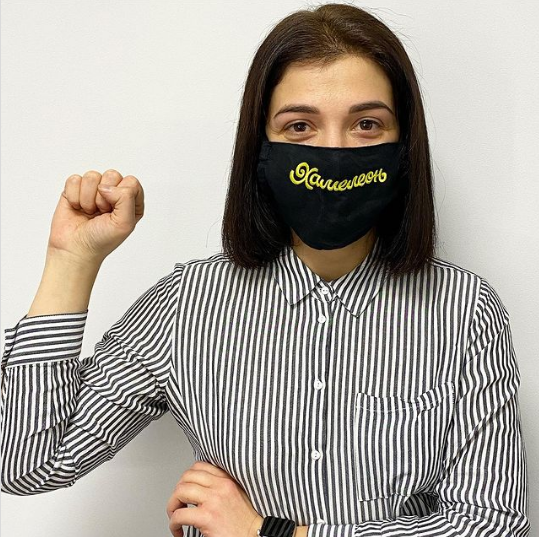 Kryścina Ivanova, the owner of a souvenir shop with symbols and the Chameleon advertising agency in Lida, was charged under Article 23.34 for picketing – selling notebooks with “Pahonia” and white-red-white flags. So far, the store has undergone 8 inspections.

Anhielina Bibik and Maćviej Kopač received a year of non-custodial restraint for insulting the state flag. On November 7, they tore down a flag from a building in Kujbyšava Street in Minsk and burnt it. Ivan Kaniavieha, director of the concert agency Horse&Vega, on February 4 received 3 years in prison for the night of 9 to 10 August when he tried to stop the traffic police car so that it did not run into the people.

Rusłan Akostka who on November 15 walked through a big part of Salihorsk with a white-red-white flag, was convicted to three years in a maximum security colony and is obliged to pay material compensation of 2,000 BYN [635 EUR] to the policeman allegedly injured by Rusłan.

Alaksandr Nurdzinaŭ, the artist who on August 9-10 threw flowers at the riot policemen, was sentenced to 4 years in a penal colony. 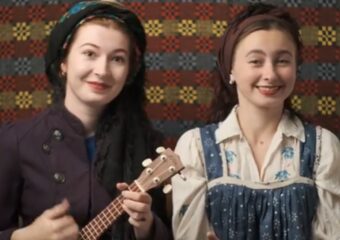 The duo Arystakratyčnaja blednaść (Volha Baryšnikava and Alesia Sieladcova), who sing ironic couplets on the latest political and social news, announced suspension of their activity because of the vigilance by the authorities.

Sviatłana Vocinava, editor-in-chief of the literary magazine Maładość, was dismissed from her post by the decision of the Ministry of Information. The actors of Hrodna Drama Theater

The actors of  Hrodna Drama Theater, fired for their political position in September 2020, were summoned to the police, probably for their New Year’s greeting in which they wished for 2021 to be “the year of free Belarus, the year of law and victory, the year of the Belarusian language and the white-red-white flag”. A preventive talk was held with those of them who came to the police on February 2. 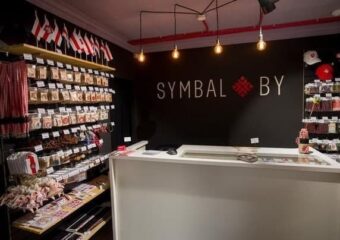 The Department for Combating Economic Crimes invites all the producers working with symbal.by for the last two years for a conversation to find out if they made products of white-red-white color and with Pahonia emblem and hint that they should not.

The lease agreement with the store Moj Rodny Kut in Malaryta was terminated. On February 1, labor protection inspection came to the store.

All the copies of the novel Revolution by Viktar Marcinovič were confiscated from the publisher Knihazbor.

It is forbidden to play “Autoradio” during the prisoners’ walks in the KGB prison in Minsk because many of the prisoners enjoyed rock music which was played on the radio.

The play “White Rabbit, Red Rabbit“, which was going to be shown by the HomoCosmos Theater in Minsk, was canceled because the certificate for the show was revoked.

100 historians have signed a statement in defense of the national flag which the authorities want to recognize as extremist. In the new issue of the video project Words Are More Powerful a film critic Taras Tarnalicki reads an excerpt from “Notes on the Character of Belarusians” by publicist and thinker Stanisłav Hrynkievič. 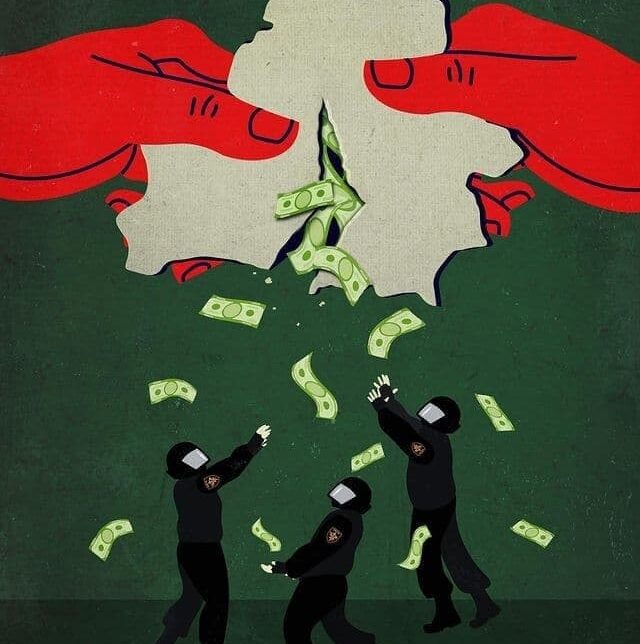 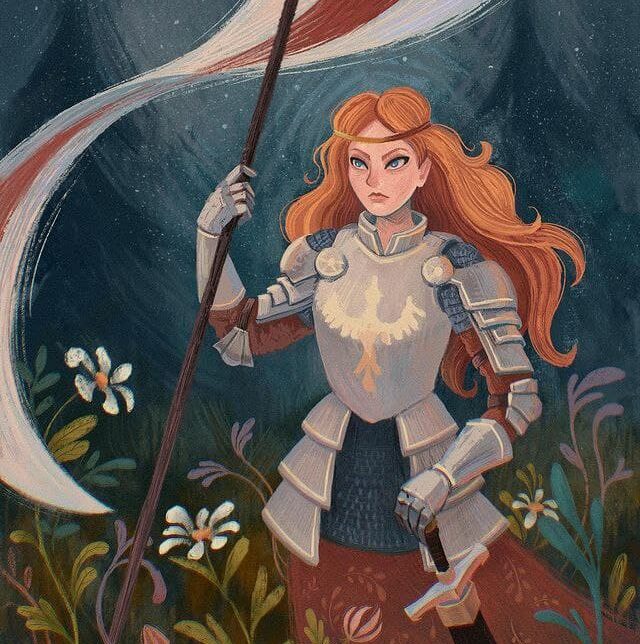 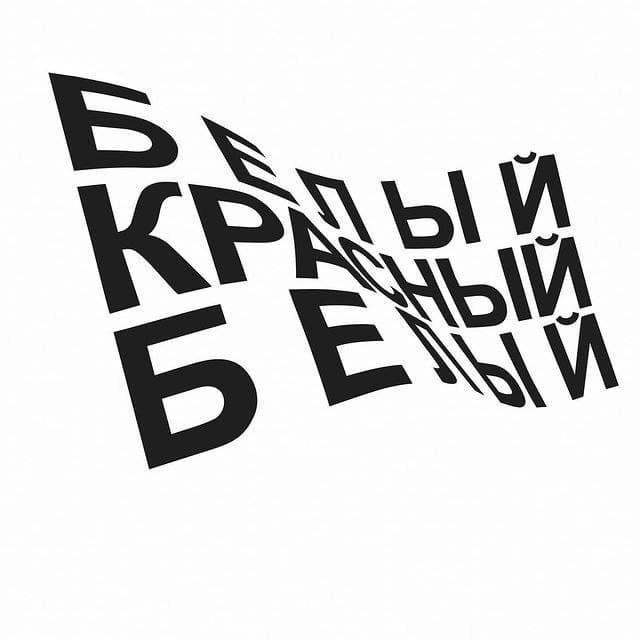 “For whom” – a song by Kaciaryna Vadanosava and a video by Alaksandra Kanafalskaja – intense and emotional art in which we find a lot of familiar faces.

Belarusians abroad held a conference and a concert of solidarity “Long live Belarus!” “This flag [white-red-white] symbolizes honesty and democracy, it is a symbol of the prospects for the development of Belarus. Accordingly, all possible steps are taken to ban it, the colors themselves have been persecuted. This proves that people on the other side are of anti-Belarusian and anti-national forces”.

Mikoła Kupava, author of the national white-red-white flag standard adopted by the Supreme Council of Belarus in 1991: “The white-red-white flag first appeared on an engraving of 1444! The engraving shows the battle with the Turks near Varna, in which the Grand Duchy of Lithuania troops also took part. White-red-white flags are shown en masse in the famous painting “The Battle of Vorša in 1514”. In 1917, before the proclamation of the Belarusian National Republic, Belarusian soldiers of the former tsarist army decorated their uniforms with white-red-white ribbons and badges. That’s why Kłaŭdzij Duž-Dušeŭski in 1918, creating a flag for the Belarusian National Republic, did not invent anything, he just took the symbol proved valuable for centuries”.

Karyna Chackalova, director and creative copywriter, who came to Akrestsina prison on January 31 to meet Dzianis Ivanoŭ and was detained, about what happened: 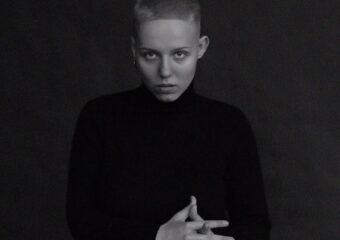 “I think we have a culture of humiliation being developed. Just the fact that you don’t know where you break the law, already humiliates you, makes you afraid. Will you be detained or not, it’s just kind of random. The factory for fabricating cases is doing its job. The only thing left for us is to talk about it, not to be silent. And solidarity”. 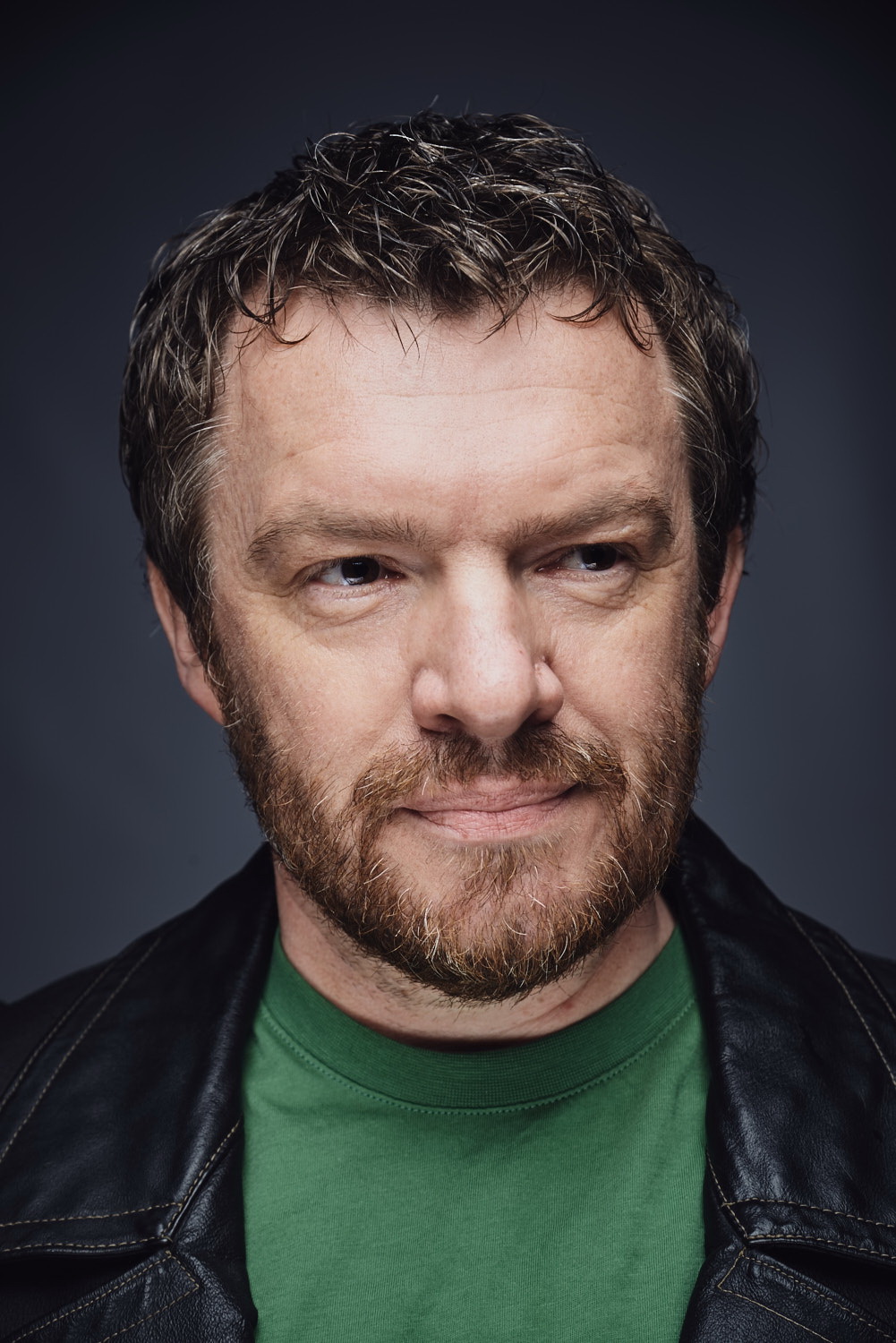 “I think the role of an artist in this revolution was taken over by the people themselves. This time people didn’t need any manifestos, painted posters, any bright pictures made by professional artists, the people have been perfectly able to do it themselves. Moreover, they are inspired not by some aesthetic feeling but by the events that take place around them.”.

The ECLAT Experimental Music Festival (online) was held in Stuttgart on February 3-7. Maryja Kaleśnikava was awarded the Gerhart Baum Human Rights Prize during the festival. Activists of the Belarusian community in Baden-Wüntenberg presented a virtual exhibition  “Belarus. The Way to Oneself” (works by Valer Viadrenka, Siarhiej Bruško, Žanna Kapuśnikava, etc. were presented).

Maksim Znak, a lawyer, poet and musician, has been nominated for the Trarieux International Human Rights Prize.

A book by Belarusian poet Dźmitry Strocaŭ “Belarus: The Art of People’s Disobedience” translated into Swedish by Mikael Nydahl was released in Sweden as part of the “Gotland Conversations” project at the Ariel publishing house. Along with it, a book by Russian writer Maria Stepanova “Letters in Happy Time” (translated by Nils Hokanson) was published, dedicated to Svetlana Alexievich‘s open letter to the Russian intelligentsia “Why do you keep silent?” and the response of famous Russians to this appeal. 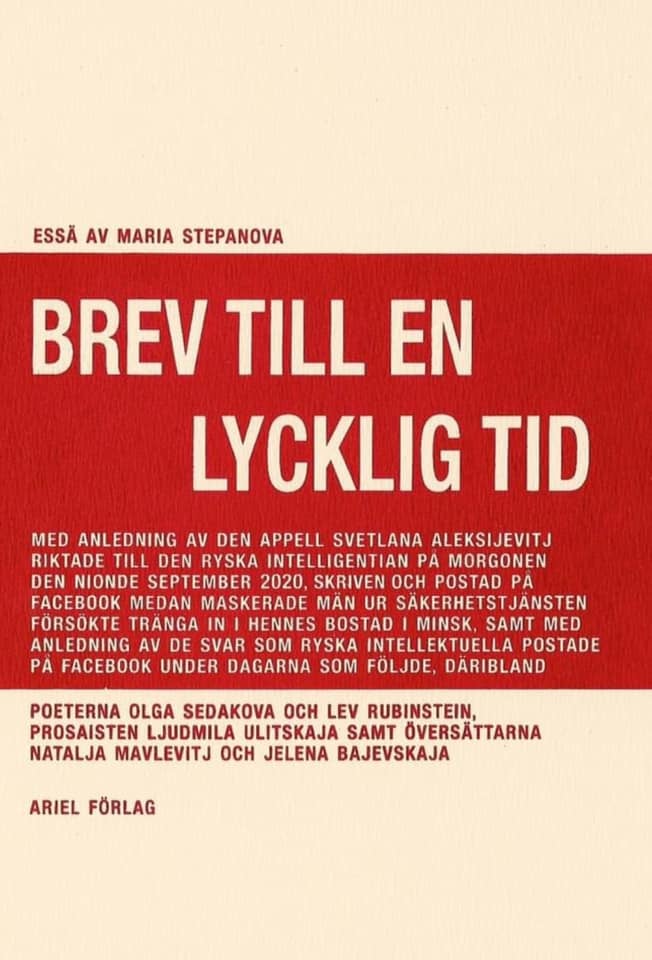 Literary platform Nuyorican Poets Cafe (New York) together with PEN America on February 6 organized a translation slam dedicated to the events of 2020 in Belarus.

A clip for the ballad “Stojała dzievčyna” sang in a dialect specific to the region of Paleśsie, filmed in Israel.

Gospel singers from 24 different countries recorded an old hymn Mahutny Boža, a message of encouragement to the people of Belarus from friends all around the world.

Download the pdf-version of issue 18 of Cultural Resistance Monitoring