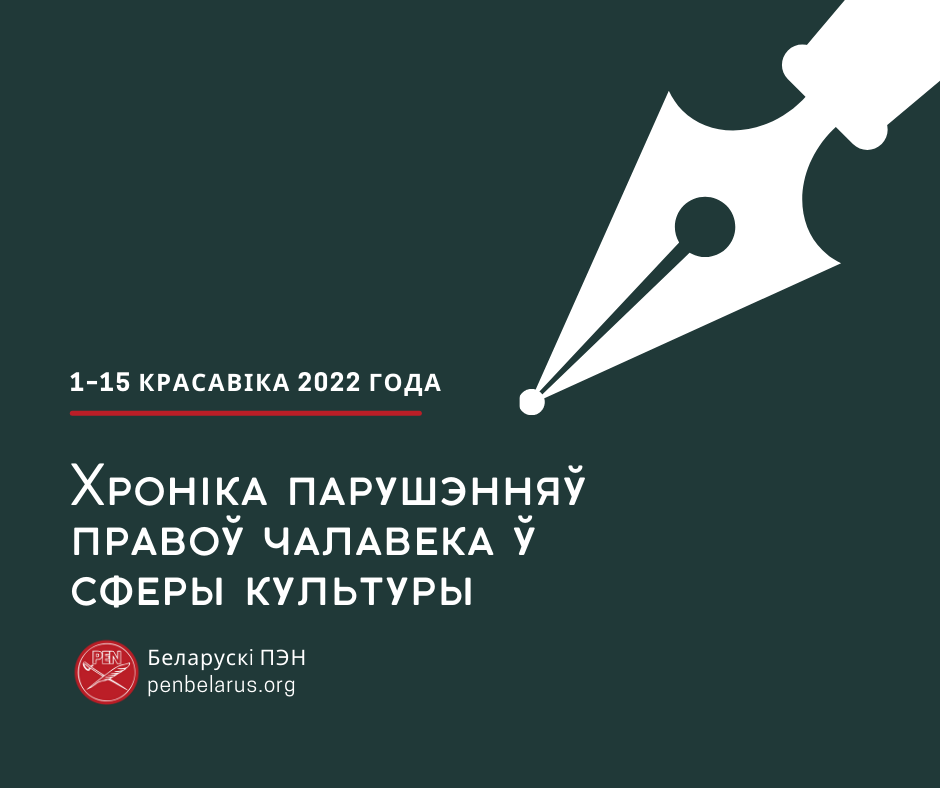 On 1-15 April 2022 the authorities of Belarus has continued to intensify repressions against People of the Word. Zmitser Dashkevich, publicist and author of the prose book Worm was put behind bars on the basis of a criminal article. The authorities referred the criminal cases of the philosopher Uladzimir Mackievič and the poet and media manager Andrei Aleksandrov to court. The court sentenced the editor of Wikipedia Paviel Piernikaŭ to 2 years in jail.

Editor Alaksandr Makavik was detained in Minsk. It became known that Academician Aliaksandr Lukashanets was dismissed from the post of the chief researcher of the Jakub Kola Institute of Linguistics.

The independent book publishers were prosecuted. The Ministry of Information suspended for 3 months the activity of the publishing houses Medisont and Halijafy which specialize in publishing literature in Belarusian and about Belarus.