The 2021 Freedom to Write Index 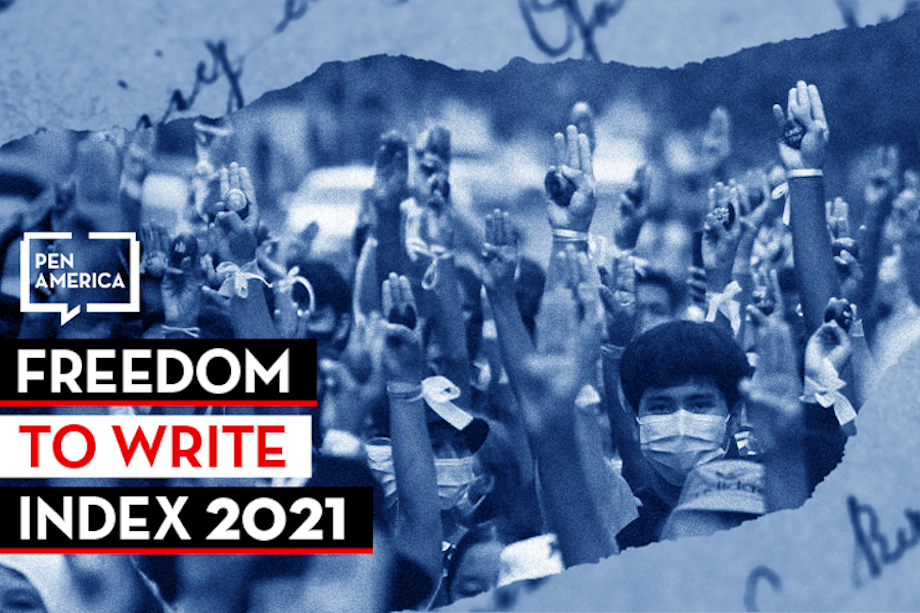 The 2021 Freedom to Write Index provides a count of the writers, academics, and public intellectuals who were held in prison or detention during 2021 in relation to their writing or for otherwise exercising their freedom of expression.

For the past century, PEN America and the global PEN network have defended the rights of writers and intellectuals to express themselves freely, and advocated on behalf of those who have faced threats as a result of their writing or other forms of expression. The criteria for inclusion in the Freedom to Write Index thus adhere closely to PEN International’s standards for selection for their annual Case List.

As truth-tellers, creative visionaries, and documentarians, writers have been at the forefront of these movements to resist authoritarianism, and they have been targeted as a result.

During 2021, according to data collected for the Freedom to Write Index, at least 277 writers, academics, and public intellectuals in 36 countries — in all geographic regions around the world — were unjustly held in detention or imprisoned in connection with their writing, their work, or related advocacy. This number is slightly higher than the 273 individuals counted in the 2020 Freedom to Write Index, and significantly higher than the total in 2019 (238). By far the most significant increase was seen in Myanmar, as a result of the crackdown that followed the military coup there on February 1, 2021, which has included the deliberate targeting of writers and the broader creative community.

In Belarus, the sharp uptick in detentions — many of them short-term — that accompanied the protests after the stolen election of August 2020 dropped off, though 2021 increasingly saw targeted arrests of writers and others who continued to speak out, and longer-term detentions.

For the second year in a row, Belarus has found itself in the anti-top list of countries in terms of the number of writers who are imprisoned. Today, Belarus ranks eighth along with countries such as China, Myanmar, Saudi Arabia, Iran, Turkey, Eritrea and others.

Get to read PEN America’s Freedom to Write Index.