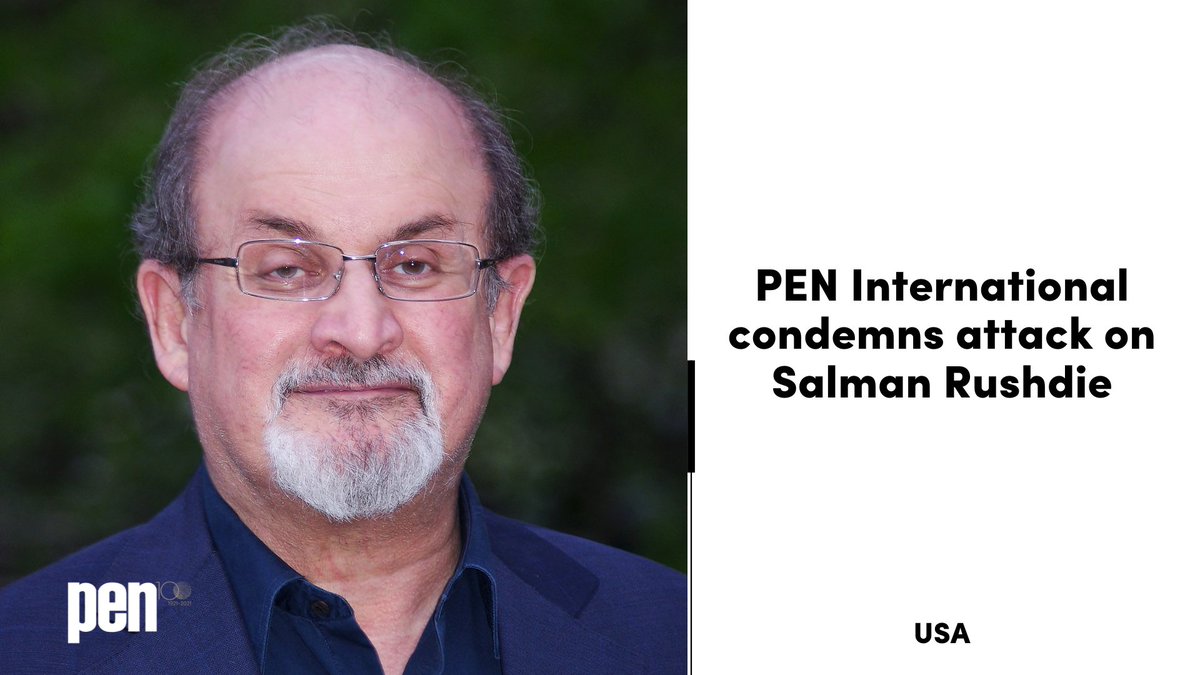 PEN International is deeply shocked and appalled to learn that former PEN America President and renowned writer, Salman Rushdie, was attacked today just before giving a lecture at the Chautauqua Institution in New York. We utterly condemn the attack and wish him a prompt and full recovery.

According to the latest reports, Rushdie suffered an apparent stab wound to the neck while being introduced on stage at the Institution. The attacker is believed to have stormed the stage and repeatedly assaulted him. His condition is not yet known.

“PEN International utterly condemns the brutal attack on Salman Rushdie. Salman is an esteemed and celebrated author and beloved member of the PEN community, who has been facing threats for his work for years. No one should be targeted, let alone attacked, for peacefully expressing their views. We wish our dear friend a speedy recovery. Our thoughts are with him and his family.”

Rushdie is the victim of an infamous attack on free speech over the publication of his book The Satanic Verses (1988), when Iran’s late leader Ayatollah Ruhollah Khomeini issued a fatwa calling for Rushdie’s death, forcing him to remain in hiding for many years.

PEN International hopes for Salman’s full and rapid recovery and calls for a prompt and thorough investigation into the attack.