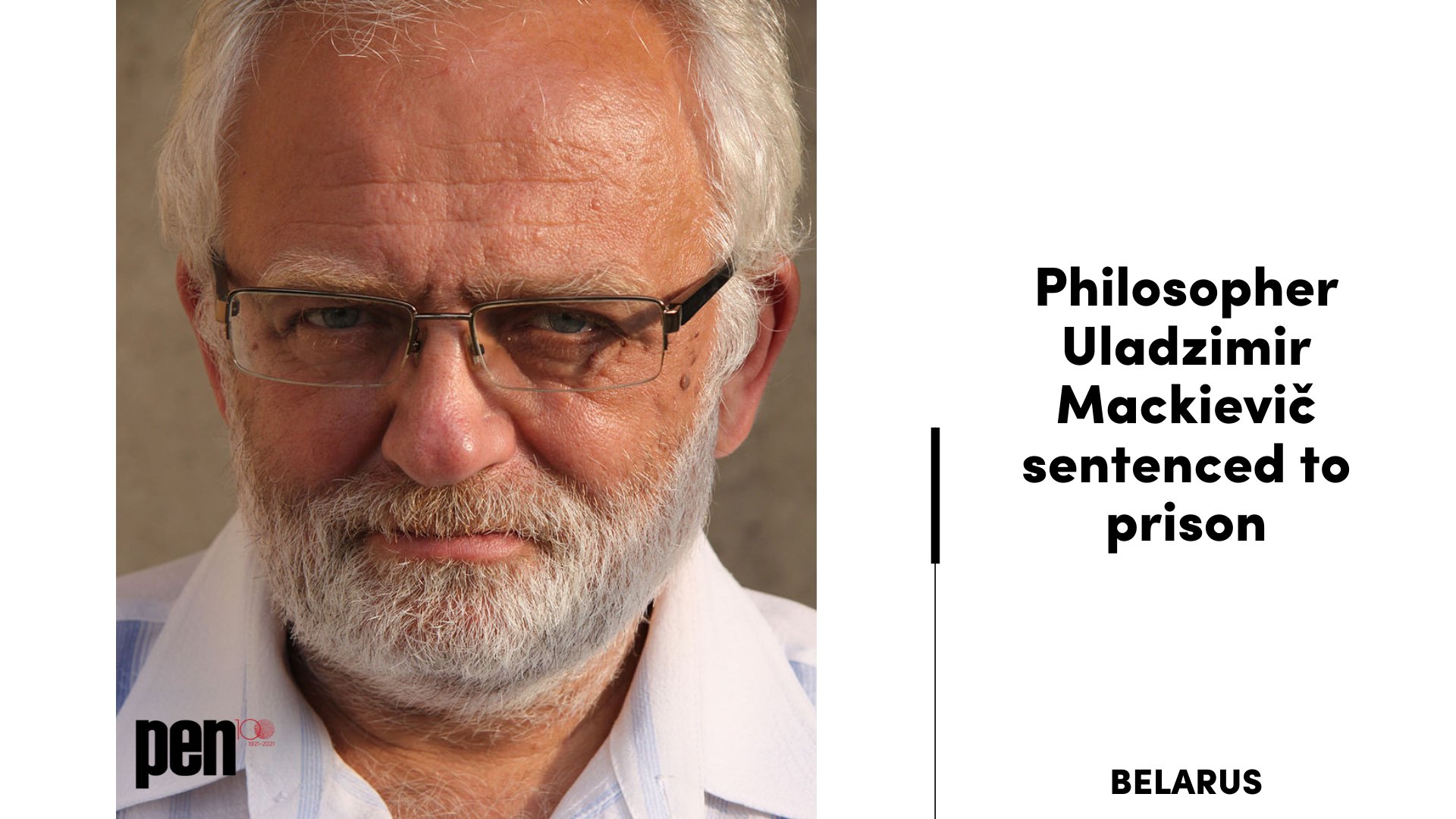 On 23 June 2022, Prominent Belarusian philosopher Uladzimir Mackievič was sentenced to five years in prison. His trial took place in Minsk behind closed doors.

‘Uladzimir Mackievič is guilty of nothing but peacefully expressing his views. His plight is a stark reminder of the relentless repression faced by dissenting voices in Belarus, where the Lukashenko regime will seemingly stop at nothing to crush any forms of criticism.

PEN International strongly condemns the conviction of Uladzimir Mackievič. We call for his immediate and unconditional release, and for his sentencing and conviction to be overturned on appeal.

The Belarusian authorities must urgently end their crackdown on independent voices. All others already behind bars simply for exercising their right to freedom of expression – including writer and human rights defender Ales Bialiatski – must also be released.’