Chronicle of Human Rights Violations in the Cultural Sphere (June 1-15, 2022) 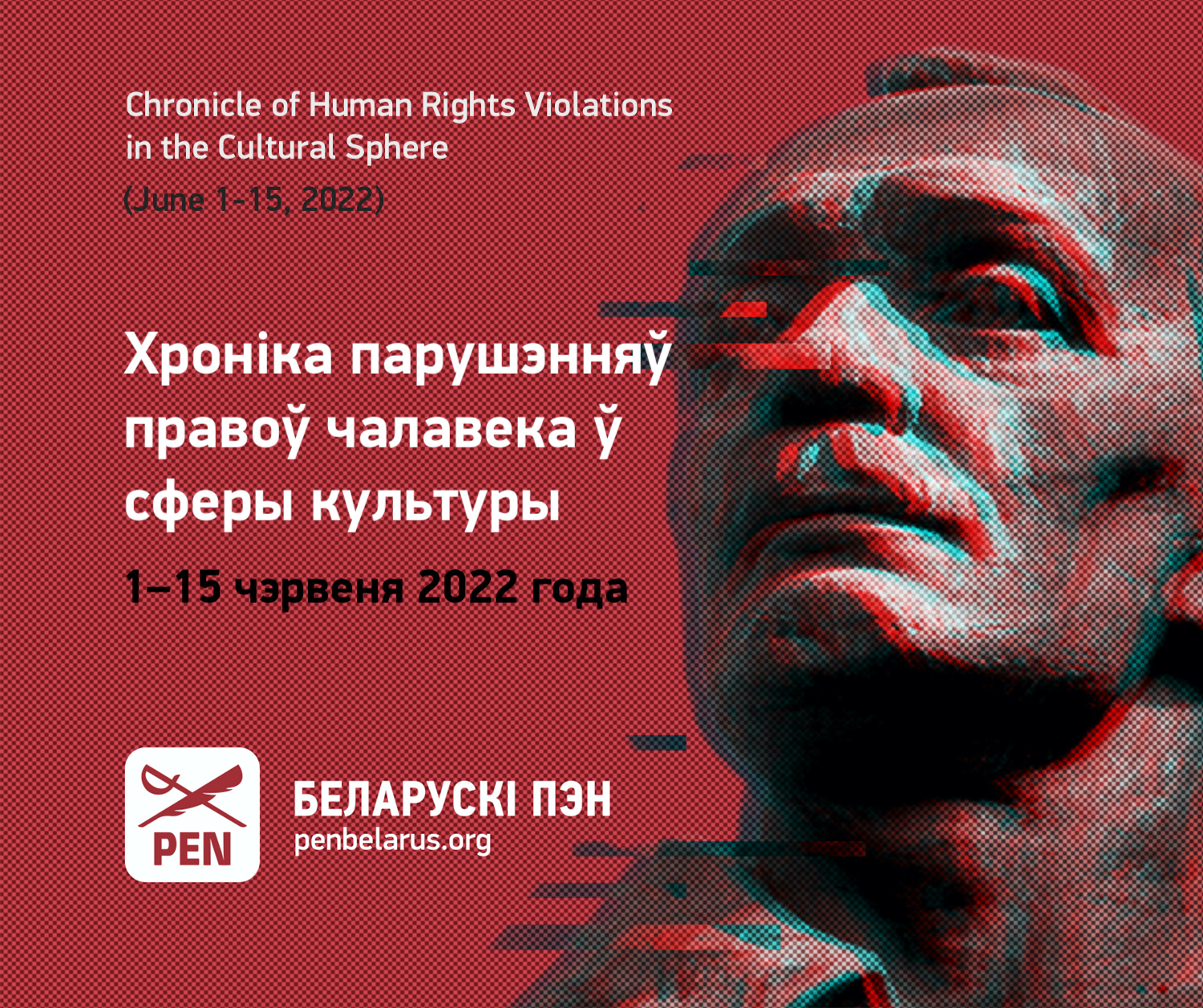 Between June 1 and 15, 2022, verdicts were passed in criminal cases of Tatsiana Vadalazhskaya, a sociologist, Andrei Kuzniechyk, a poet and translator, Aksana Kolb, an editor of the newspaper “Novy Chas”, journalist and essayist; they began a trial of Uladzimir Matskevich, a philosopher-methodologist, and continued a trial of  Uladzimir Hundar, a local historian (as part of the “Autukhovich group”). The authorities launched a criminal case against Pavel Bialanau, a musician from Hrodna. New charges were brought against Siarhei Satsuk, a writer and journalist. Writers, who are political prisoners, are restricted in their correspondence. The authorities continue to persecute for anti-war statements: Tsina Palynskaya, a journalist and essayist, was detained and fined in Polatsk.