Chronicle of Human Rights Violations in the Cultural Sphere (March 17-31, 2022) 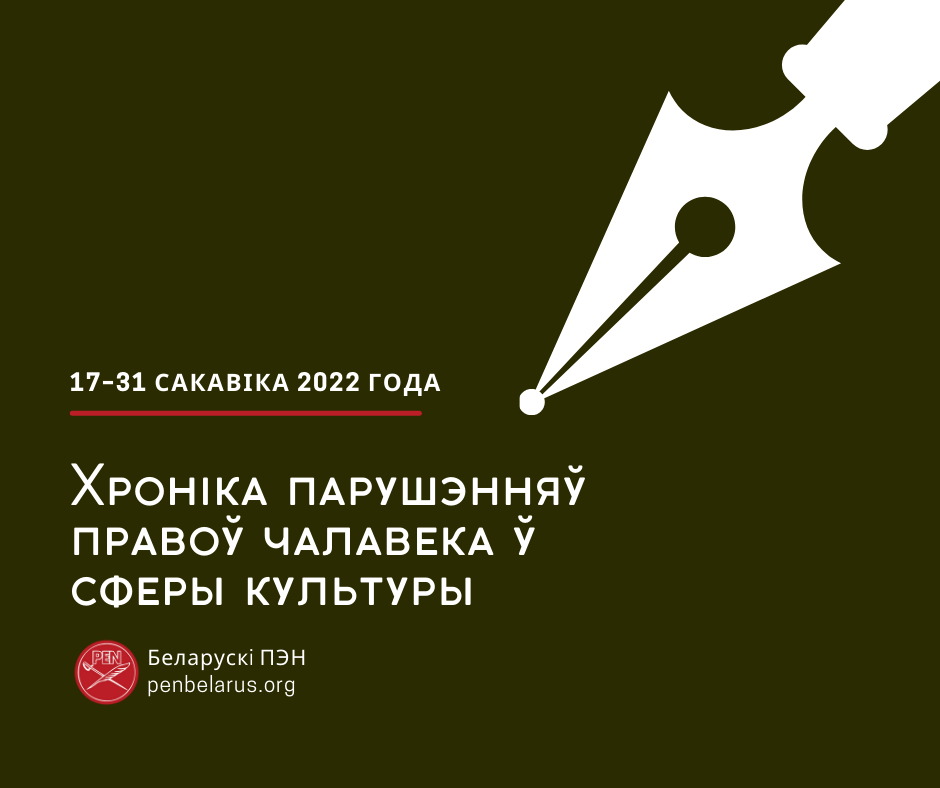 During the period March 17-31, 2022, political persecution for anti-war stance and symbolism intensified in Belarus. The authorities continue to intensify political repression, including against authors and performers who speak out against the Russian invasion of Ukraine.

Law enforcement authorities have put sociologist Taćciana Vadałažskaja, ceramist Anastasija Malašuk, and author and editor of Wikipedia Mark Biernštejn behind bars under criminal articles. A criminal case was also filed against Paviel Piernikaŭ, author and editor of Wikipedia. A criminal case was threatened against  Zmicier Daškievič, the author of the book Worms, who is under administrative arrest.

Law enforcers arrested two priests for their anti-war stance.  The authorities continue to dismiss and exclude people from educational institutions for their civic stance. Also, the authorities do not stop putting pressure on independent book publishers.