Chronicle of Human Rights Violations in the Cultural Sphere (March 1-16, 2022) 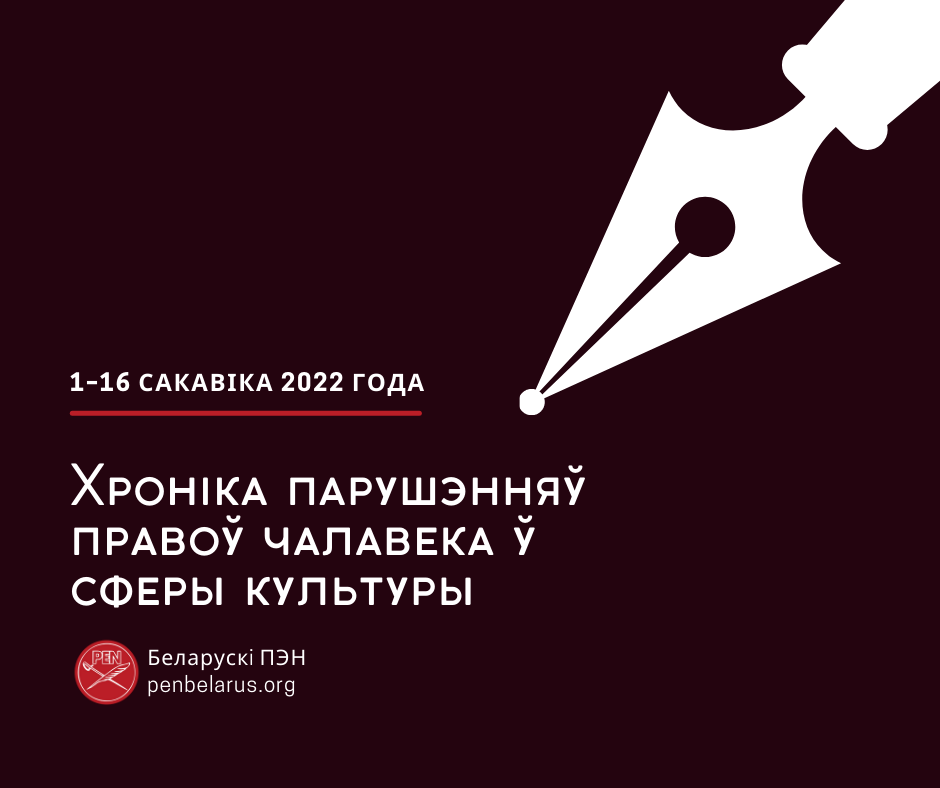 During the war in Ukraine, the Belarusian authorities increased repression against civil activists, participants of anti-war protests, and those who expressed their commitment to Ukraine and its culture.

In Brest, police detained those who had come to lay flowers at the Taras Shevchenko monument. Law enforcement authorities detained cultural activists and their relatives during anti-war protests. The detainees were tortured in places of detention: they were beaten and humiliated with words; there were 16 people in a cell for four. Prisoners were deprived of inmate care packages, underwear, mattresses, and hygiene products.

In the period from March 1st to 16th, Minsk courts issued five politically motivated criminal sentences against cultural figures. Also, the court has begun to prosecute a criminal case against the artist and performer Aleś Puškin.