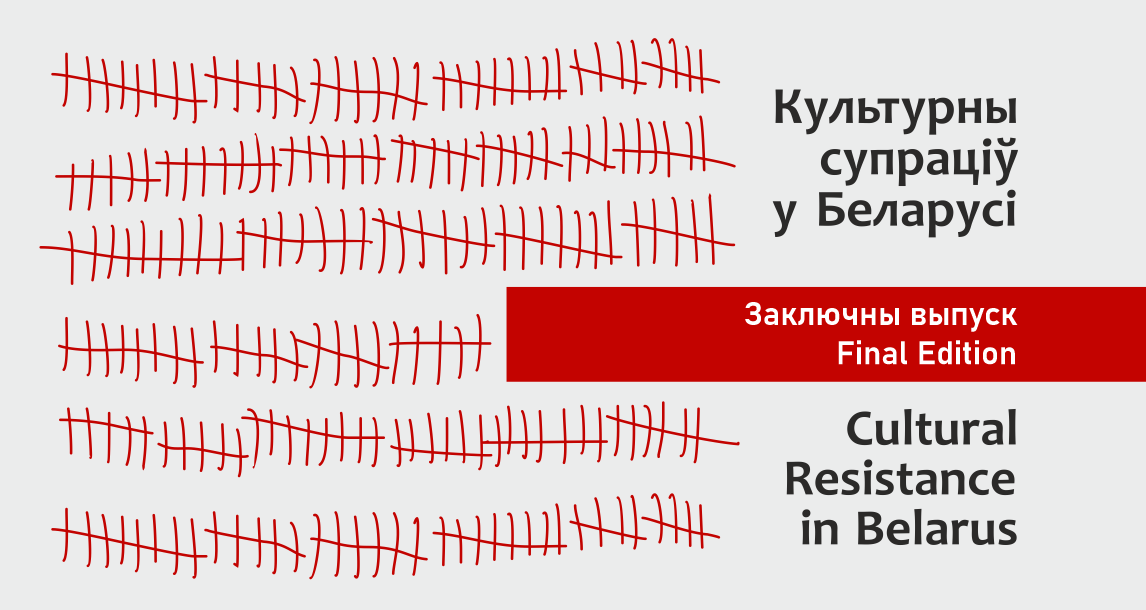 “The truth is always an actual step towards liberation.” Carlos Sherman

PEN Belarus has been producing this digest for over a year. Every week — since October 2020 — we have collected a chronicle of events showing that despite unprecedented repression Belarusian culture continues to live and springs like grass under the most adverse conditions. At the cultural barricades and underground, in Belarus and abroad, cultural figures have continued to articulate messages of freedom, humanism and solidarity.

The digest traced significant events: from the speeches of cultural activists at peaceful rallies to the liquidation of civil society organizations and mass purges in accordance with the “lists of the disloyal”, as well as those cultural projects that maintain and nourish the country’s cultural field. At the same time, Belarusian culture today has to keep silent to survive. Any public mention of names and activities can present a threat to people’s freedom and health, as the very existence of cultural initiatives does. Not because they are doing something illegal, but because the law is not on the side of the people nowadays: everything that does not comply with the official ideology is declared illegal. This situation forces us to resort to self-censorship more and more often to preserve people and culture. And in its turn, this can create a distorted image of reality, as if nothing alive is left in Belarus. Therefore, today’s issue of the digest is released with blank pages as a symbolic gesture.

Monitoring of violations of human rights in the sphere of culture continues, PEN Belarus is keeping record of repressions against cultural figures, analyzes this information, publishes reports and informs international institutions about the human rights situation in Belarus. Follow the news on the PEN Belarus website penbelarus.org, as well as in the PEN telegram channel. You can report acts of repressions known to you to [email protected].

PEN Belarus sees its mission as creating a space for the development of culture, dialogue and realization of the potential of creators, protecting civil and cultural rights and freedoms of the People of the Word. PEN Belarus considers literature and culture to be at the foundation of a stable democratic system. Read more in the Vague Time Manifesto of PEN Belarus.