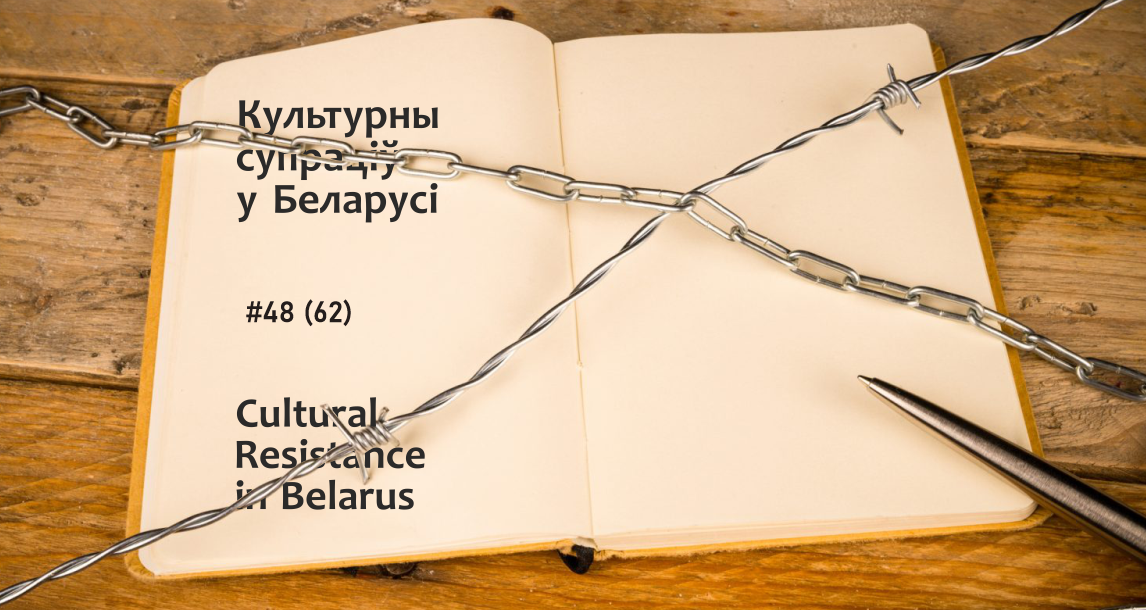 “The will of the people to keep telling the truth is the most significant manifestation of power one can imagine.” Natalla Kalada

Download the pdf-version of issue 62 of Cultural Resistance Monitoring 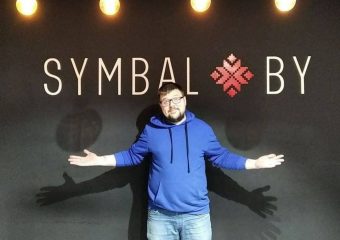 Pavieł Biełavus, founder of the Art Siadziba cultural platform and a souvenir shop  Symbal.by, was arrested for another 13 days under the article for “petty hooliganism”. A man who was Pavieł’s cellmate in Akreścina detention center told the media that the officials couldn’t detain Pavieł for mailing a book considered extremist and detained him for picketing with a tattoo instead — Biełavus has a small tattoo with a white-red-white flag on his wrist.

On December 5, Juryj Zialevič, who had been the head of the Pružanski pałacyk Museum-Estate for 20 years, was detained in Pružany. In December 2020, he had to quit “by agreement of the parties.” 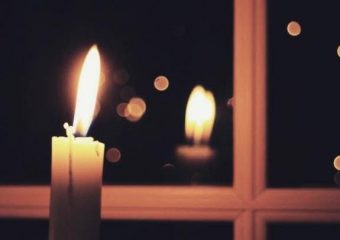 Natalla Kapyćko, a musician and teacher, the wife of Viktar Kapyćko, a famous composer, was detained for lighting a candle in their window on November 12, 2021 in memory of Raman Bandarenka on his death anniversary. The video footage from the street served as evidence of her “being guilty”.

25 employees of the Belarusian Academy of Arts were fired in two days. A year ago, they refused to sign one of the pro-government letters and refused to join the state trade union. Among those fired was Vice-Rector Alena Bochan, who defended students expelled for protests.

On December 9, the trial against Nadzieja and Uładzimir Kałač, political prisoners, musicians of the Irdorath band, began. They are accused of organizing and preparing actions that grossly violate public order, training persons to participate in such actions, as well as financing or other material support of such activities. The prosecutor asked for two years in prison for them. 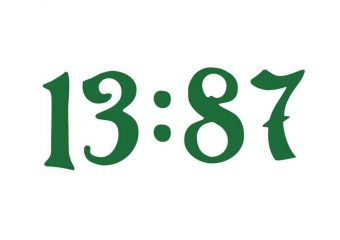 On December 8, the activity of the creative space 13:87 in Babrujsk was suspended by the order of the Babrujsk city ​​district committee’s Emergency Department; managers also received another fine of 20 basic units (€ 203). For seven years, educational events were held in the space: seminars, workshops, lectures, poetry readings, tabletop game evenings, movie and book clubs.

The house of Siarhiej Pałaženka, art director of the Minsk club Brugge, was searched. Siarhiej connects it with raids on former independent observers of the 2020 elections. He is a witness in the case of mass riots and signed a paper on the illegality of participation in unlawful mass events.

Rabiert Valdes Kasanueva, a designer and member of the Belarusian Union of Designers, who was detained on November 11, 2020 for protests, was deported from Belarus to Cuba on December 10 after a year at Akreścina detention center. The man has lived and worked in Belarus for 30 years. He has a family and three children. 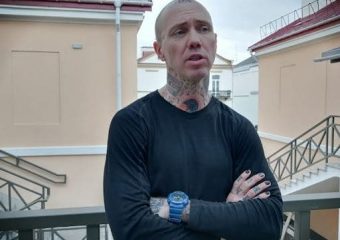 Nadzieja Kałač, a political prisoner and vocalist of the Irdorath band, sent a letter from behind bars in which she listed five of her favorite Belarusian songs. It became known that during her stay in prison – four and a half months – Nadzieja’s health has deteriorated and she needs surgery now.

Belarusian Free Theatre is working on a play based on the book Sabaki Eŭropy (Dogs of Europe in Belarusian) by Alhierd Bacharevič, writer, member of PEN Belarus, in the London Barbican Center.

The Philosopher_in_Prison campaign presented a book Answering for myself. Notes of a philosopher with a bad character by Uładzimir Mackievič, political prisoner, philosopher, methodologist and writer. The book is based on Uładzimir Mackievič’s Facebook posts published as a series of reflections from February to May 2019.

On December 11, a meeting with Jaŭhien Papakul, writer and translator, took place in Minsk. The author talked about “Poetic” and “Prose Ed”, the peculiarities of translation from the Old Icelandic and other interesting subjects. An electronic catalog of traditional Belarusian clothing of the late 19th and early 20th centuries was published in 8 languages: English, German, Portuguese, Spanish (Kindle), Belarusian, Polish, Ukrainian and Russian (Lulu). The garments have been collected, restored and reconstructed in accordance with old photos for many years by Vola Dziemka, singer, filmmaker and producer who lives in Seattle, USA, and her associates from the folk band VOLYA.

Natałka Charytaniuk published an online Christmas book The Tale of How St. Nicholas was Banned. It ends with a metaphor, “with which the totalitarian regimes ended throughout history: evil destroys itself”. Illustrator Lizavieta Hančarova, designer Kaciaryna Pikirenia and editor Maks Ščur also took part in creating the book. It will be available in Georgian, English and Russian next week.

This week a series of events dedicated to the 130th anniversary of Maksim Bahdanovič, a Belarusian poet, were held. The workshop of useful skills DzeCikava made a project about the life of the classic. A presentation of the book Maksim Bahdanovič with the participation of the People’s Student Theater Žyvoje słova (Belarusian for “living word”) took place. The Wir.by platform together with the musician Andruś Takindanh created a cartoon based on the poems of the eternally young poet. Aleś Bialacki, a political prisoner, human rights activist and member of PEN Belarus, continues to share his memories of the time when he was the head of the Maksim Bahdanovič Museum.

On December 9, the premiere of a new documentary film Voices of the New Belarus, written by Andrej Kurejčyk, took place. The film features 16 stories of Belarusians caught in the grind of repression during the 2020 mass protests. 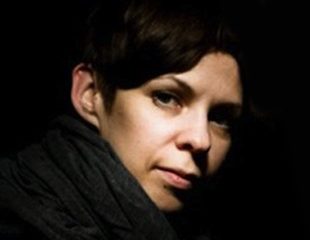 Natalla Kalada, co-founder of the Belarus Free Theater in exile,

“The very existence of the Belarus Free Theater and the fact that it is still working is a great threat to the dictatorship. The will of the people to keep telling the truth is the most significant manifestation of power one can imagine.

We know we are stronger than the regime. The officials are more afraid of artists than of any political statements. We all believe that everything will change in Belarus, but for now our troupe needs to feel safe.” 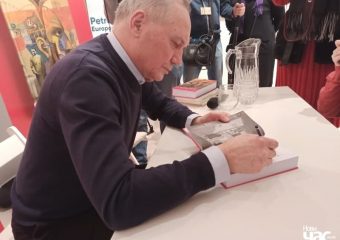 Uładzimir Niaklajeŭ, writer, member of PEN Belarus, spoke about his new novel Hej Ben Hinom and the events of 2020,

“I started this novel as a historical one, but it became modern by the time I finished it, because people are sent to prison again, persecution and arrests everywhere, people go to bed and don’t know where they will wake up. History has turned backwards, and it has become like 100 years ago – no one thought it could be like this.”

“I found a big impression and a feeling of joy in my memory. It happened when I read the last words in the courts of the Belarusian protesters. I was amazed at this power, self-confidence, faith. I was also impressed by the last words of our young boys and girls – the students. My God, they are only 19 years old, but they spoke with such dignity and beauty. I looked at their faces, at the faces of their parents. I had a sense of pride and discovery. We didn’t know our own people, we discovered them during the marches in August [2020]. And we are still discovering them during the trials.” 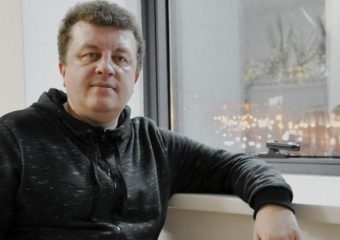 “When I think about what made me happy in 2021, my first thought is the people who wrote and sent thousands of letters, postcards and telegrams this year. Perhaps never in my life have I observed such a concentration of sincerity, kindness, love, solidarity and human warmth. I was happy when people, through frustration, helplessness, and more sought – and hopefully found – answers and meanings, did not give up, did not stop. I was happy when people admitted their mistakes and started thinking about important things that they had not thought about before. I was glad that I was not disappointed in any person I considered a friend – and made many new friends.”

“[The events of 2020] stimulated interest in Belarusian books. Sales of books in the Belarusian language have almost tripled over the last year.”

“Amateurism is the scourge of this regime and will lead to its breakdown.

For the last year, I’ve been glad that the vast majority of cultural figures have moved to the side of good. There are few talented professionals left “on the other side”, the majority of them are amateurs. Their creations from time to time take perverse forms, sometimes comic, like Dažynki [yearly festival related to end of the harvest season] and Słavianski bazar [international music festival]. And they have nothing to do with real culture and art.” 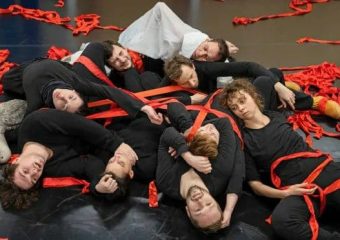 The Guardian published a long article about the Belarus Free Theater: the founders and artists of the theater tell how the banned Belarusian theater troupe was forced to leave the country.

As part of a joint campaign, Amnesty International and the Belarusian Council for Culture call on Belarusian artists to create postcards in support of 17-year-old Mikita Załataroŭ, political prisoner sentenced to 4.5 years in prison on trumped-up charges. To participate, draw a picture in the format of a postcard, sign it with your name (pseudonym) and send it electronically to [email protected].

Polish Radio Lublin has staged a radio play Midnight in a London House based on the latest ballad from Uładzimir Arłoŭ‘s book Lieutenant Piatrovič and Ensign Zdań.

Karl Strømme, a Swedish musician, wrote the musical composition Bela Waltz under the impression of the events in Belarus after August 2020. Swedish PEN has published an article Notes of the Dark Ages on the closure of PEN Belarus and the Union of Belarusian Writers.

The Belarusian diaspora initiated a street near the Belarusian Embassy in Washington, USA to be named after Raman Bandarenka, an artist who was beaten to death by unknown people, presumably plainclothes security officers. 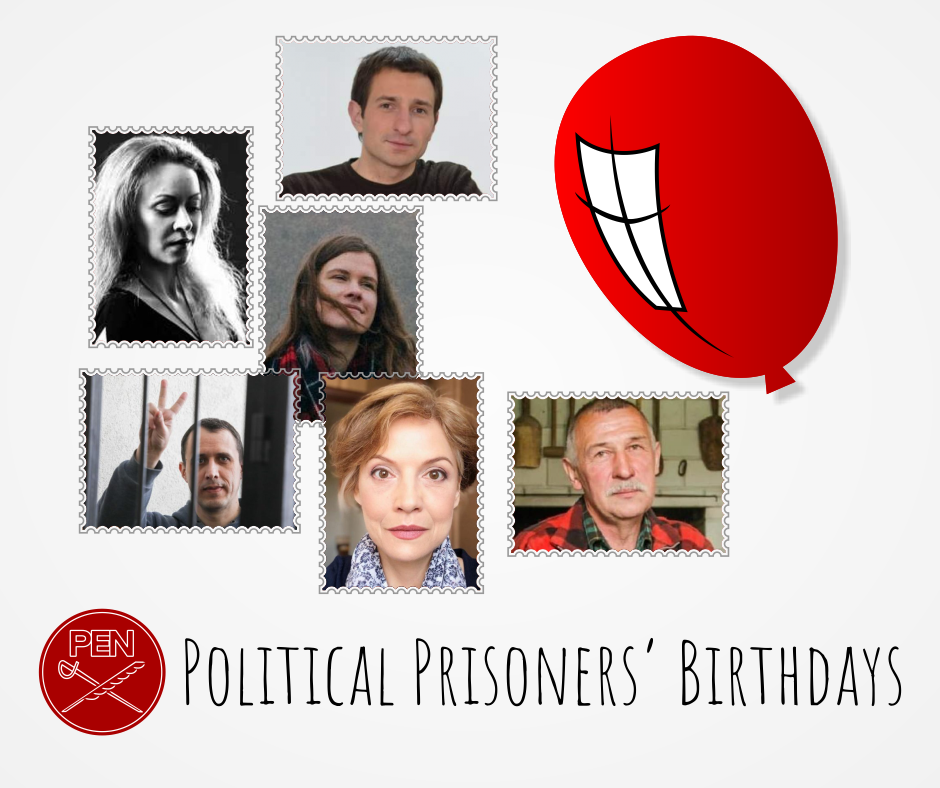 For December 12, 913 persons have been recognized as political prisoners in Belarus, and the number has been increasing steadily.