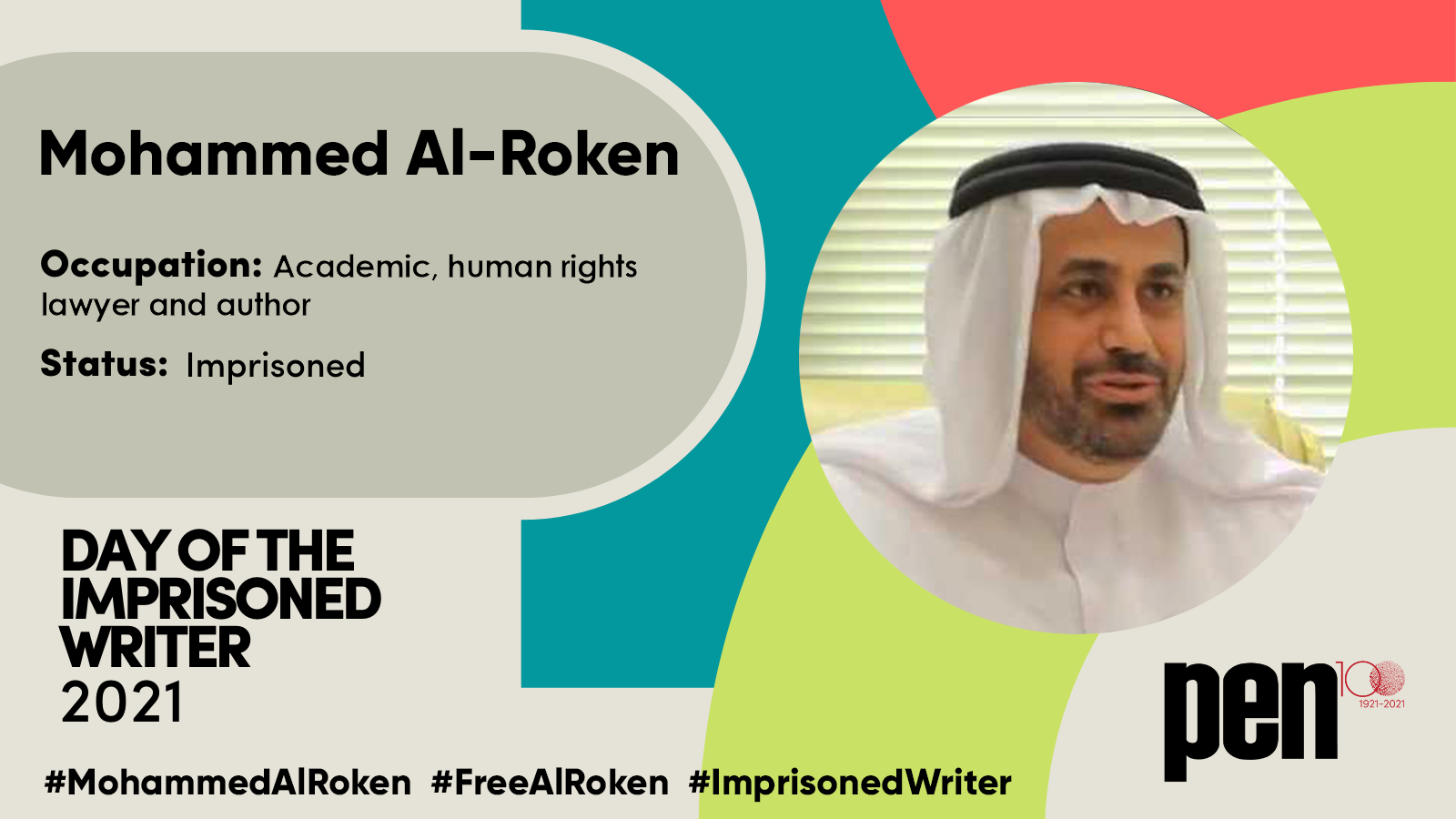 Dr Al-Roken has been persecuted by the UAE authorities for a long time due to his human rights work. He was arrested in August 2006, detained for a few days, and interrogated about his role in founding the Emirati Human Rights Association. During this time, the authorities confiscated his passport, subjected him to surveillance and banned him from leaving the country, as well as from writing for and giving interviews to media.

On 17 July 2012, UAE State Security arrested Dr Al-Roken searched his house, confiscated his personal belongings, and took him to an unidentified location where he was detained in solitary confinement for three months, without access to his lawyer or his family. On 4 March 2013, he was tried before the State Security Chamber of the Federal Supreme Court in the notorious “UAE 94” case, alongside 93 other activists, accused of several bogus and vague charges, including allegedly plotting to overthrow the government. In June 2013, human rights organizations revealed that the state security officers had subjected Dr Al-Roken and the other “UAE 94” defendants to systematic mistreatment, including torture, while in pre-trial detention.

On 2 July 2013, the State Security Chamber of the Federal Supreme Court convicted Dr Al-Roken and sentenced him to ten years in prison, followed by three years of probation, and handed down prison terms between seven and 15 years to 68 other defendants, including eight in absentia. Leading human rights organisations regarded the trial as unfair and their imprisonment a violation of their rights to freedom of expression and association.

In April 2014, the UN Working Group on Arbitrary Detention (WGAD) issued an opinionrecognising the arbitrary nature of the detention of Dr Al-Roken and 60 other defendants in the “UAE 94” mass trial. In its opinion, the WGAD raised concerns over the defendants’ claims that they were beaten with a plastic tube all over their bodies while tied to a chair, threatened with electrocution, insulted and humiliated in attempts to force them to confess to acts they did not commit. The WGAD also underlined the defendants’ allegations of being subjected to prolonged solitary confinement; exposed to unremitting fluorescent lighting and inadequate heating; and hooded when being taken from their cells. It further raised concerns about the flagrant breaches of fair trial guarantees, including through the denial of their right to appeal any judicial decision. The WGAD concluded that the conviction of the defendants was based on charges of acts that would fall under the rights to freedom of expression and of assembly, and urged the UAE government to release them and provide them with adequate reparation.

Dr Al-Roken has been serving his prison sentence in the notorious Al-Razeen maximum-security prison, often referred to as the Guantanamo of the UAE. In July 2019 the WGAD and three UN experts, including the UN Special Rapporteur for Freedom of Opinion and Expression, expressedconcerns about his detention conditions. Experts highlighted that Dr Al-Roken regularly faces arbitrary disciplinary measures, including being placed in solitary confinement without access to daylight, being subjected to invasive body searches and the seizing of personal items, as well as being deprived of family visits and medical care.

Dr Mohammed Al-Roken’s case exemplifies the authoritarian nature of the Emirati regime and highlights the dire situation of freedom of expression in the UAE. PEN International considers Dr Al-Roken’s imprisonment arbitrary and a clear violation of his right to freedom of expression. The UAE authorities must immediately and unconditionally release him, and drop all charges against him. They should also ensure Al-Roken has regular access to his family and lawyers, and to medical care, and protection from torture and other forms of ill-treatment, pending his release.

Here is a sample letter you can adapt. Please send this letter to:

Send a communication form to Sheikh Mohammed bin Rashid Al Maktoum, Vice President and Prime Minister of the UAE and Ruler of Dubai, urging him to take all the necessary steps to ensure Dr Mohammed Al-Roken’s release and protection from all forms of torture and ill-treatment.

Send social media messages of solidarity and call for Dr Mohammed Al-Roken’s release through these Facebook and Twitter accounts.

Please consider electing Dr Mohammed Al-Roken as an honorary member of your Centre.

We further encourage you to highlight the case of Dr Mohammed Al-Roken, by:

Please keep us informed of your activities. Messages can be sent to Mina Thabet, MENA Regional Coordinator, at [email protected].