Search
ПЭН » News » Cultural rights » “We Are Words On The Lips Of All Political Prisoners.” Belarusian Culture In Sociopolitical Crisis: October 18-24, 2021

“We Are Words On The Lips Of All Political Prisoners.” Belarusian Culture In Sociopolitical Crisis: October 18-24, 2021 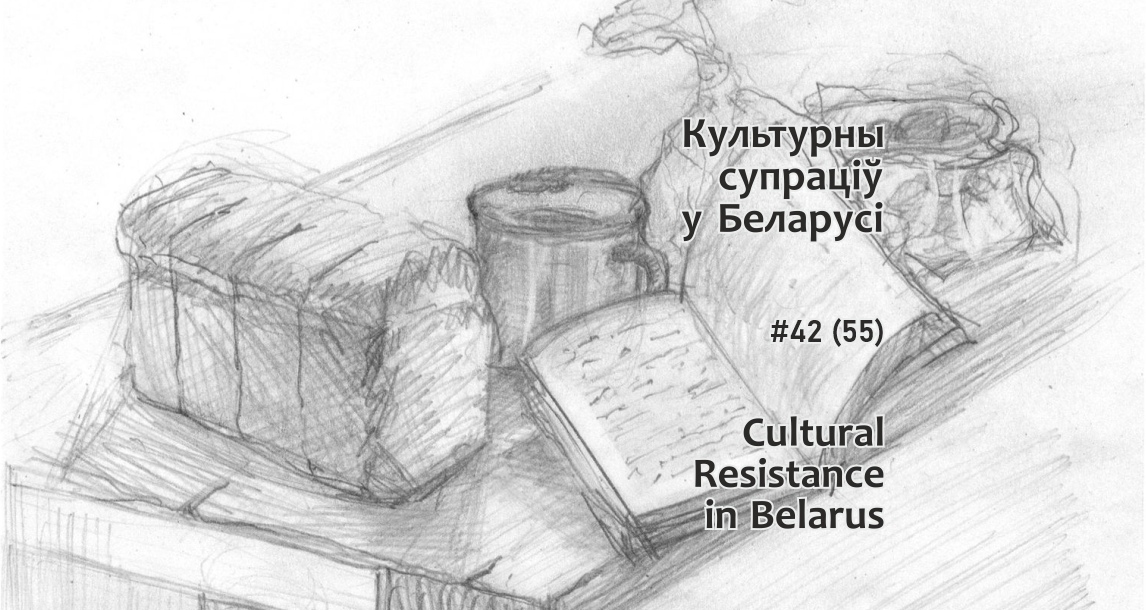 Photo: drawing by Vsevolod Ulitko
“Sooner or later, any bad times are over. Good times will come. Even in the worst situation you can find something good. If you are not in prison, that is already something positive. Although we have been suffering for a long time, it turns out that we have to suffer for a little longer before it’s over.” Zmicier Furmanaŭ

Download the pdf-version of issue 55 of Cultural Resistance Monitoring

Monitoring of violations of cultural and human rights against cultural workers in Belarus. January-September 2021

PEN Belarus prepared a regular report based on the monitoring of cultural and human rights violations against cultural workers in Belarus. The document contains statistics regarding these violations. It is based on open source information and communication with cultural workers between January and September 2021. Pavieł Arakielan, musician, has to sell his instruments because “everything connected with music has stopped completely, and you need resources to live.”

The Homel-based Charitable Foundation Razam Tut (Together Here), which helped socialize people with disabilities, as well as ran various creative and theatrical projects involving such people, was liquidated because it was mentioned in a publication by the independent portal Homel media Flagstock, whose materials are recognized as extremist.

​​A search was held on October 20 in the Babrujsk-based creative space “13:87”, which held educational events — seminars and lectures, creative workshops, poetry readings, courses for pensioners and schoolchildren. The search lasted about 4 hours, the club’s founder Natalla Chałanskaja and director Sam were detained and released later the same night, their telephones taken away. 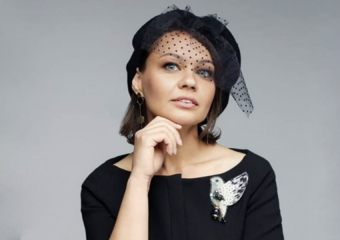 Another search took place in the home of Aksana Zareckaja, a culturologist and etiquette expert, on October 21.

From November in the pre-trial prison No. 1 in Minsk, restrictions are introduced for subscriptions to newspapers and magazines: only prisoners themselves will be allowed to subscribe for the money they have in their personal accounts, and only for Belarusian publications, unlike previously when anyone could get them subscribed.

Uładzimir Mackievič, philosopher and methodologist, founder of the Flying University, writes from behind bars:

Aleś Minaŭ, a teacher of Belarusian language and literature, poet, who was detained in late August on suspicion of participating or organizing riots, writes from prison that poems, many of which he keeps in his mind, are very helpful and supportive. Letters are “extremely uplifting”. Aleś misses music. He writes that he takes everything quite calmly and does not regret anything.

Radio Liberty/Free Europe has published a long-read based on the letters from Viktar Babaryka, in which he shares his opinion on culture and society, tells about his life in the colony, recommends books to read, expresses thoughts about Belarus and the post-election events.

“Don’t be sad,” — what Aleś Bialacki writes in his letters from prison.

Kasia Budźko, an artist and activist, Ksiuša Syramałot, an activist and poet, and Maryja Kalenik, a student of the Belarusian Academy of Arts, all convicted to 2.5 years in prison under the “student case”, were transferred from a pre-trial detention center to the penal colony in Homel.

The second season of the show “Shocking Cult” with Maksim Žbankoŭ. 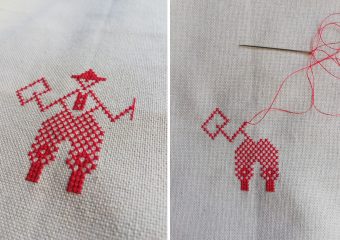 A creative studio A4 in Hrodna has created and published playing cards with stylized images of famous historical figures of the time of the Grand Duchy of Lithuania.

Ivan, a programmer from Belarus who now lives in Georgia, bought Rufina Bazlova’s embroidery “Aleś Puškin” from the series “History of the Belarusian Survivery” at the auction. He intends to donate it to the Museum of New Belarus.

The Jakub Kołas Central Scientific Library is creating a digital collection of publications of the Institute of Belarusian Culture, the first scientific institution in the recent history of Belarus.

A contest of drawings “Cat in Valadarka Prison” for Valancin Stefanovič, human rights defender behind the bars. Andrej Chadanovič presented his new book of poetry in Belarusian and Polish in Wrocław. 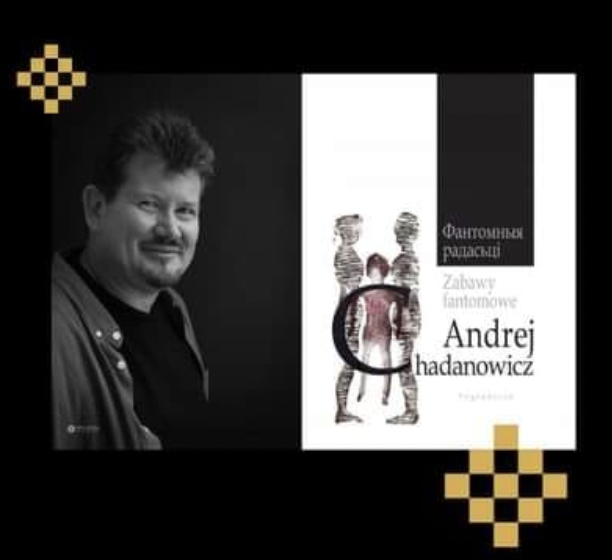 The National Library of Belarus presents the Virtual Project “On the Wave of Time, in the Flow of Life” in the section dedicated to the 120th anniversary of the prominent Belarusian writer Kuźma Čorny.

The premiere of “0908” — the first of 12 art films of the Revolution project dedicated to Belarusians and their struggle for freedom. Two repressed Belarusians are working on it — director Daša Bryjan and producer Maryja Kruk, in partnership with the Belarusian Youth Hub.

The Union of Belarusian Writers, liquidated by the regime, continues producing their literary magazine Dziejasłoŭ. 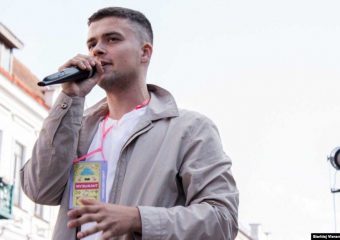 Siarhiej Vieramiajuk, musician, student expelled from Belarusian National Technical University, about his participation in the protests:

“It’s my dignity in the first place. My great-grandfather changed his age in the documents to fight at the front. My great-grandfather fought in 3 wars. Will I sit, poke my nose, say that I need to finish my studies? No way! And then, what will I tell my grandchildren? That I was studying resistance of materials while the change was going on in my country?”

Hanna Sieviaryniec, writer and researcher, about how we can survive in this time,

“This hard time will definitely be over, just because everything is over eventually. It’s not an easy experience: we were not taught how to deal with it. We come up with our own recipes, but there are those which work for everyone, too.”

Taćciana Hrynievič, Belarusian singer, “first violin” of Independence Square in the summer and autumn of 2020, after a tour of Polish cities, 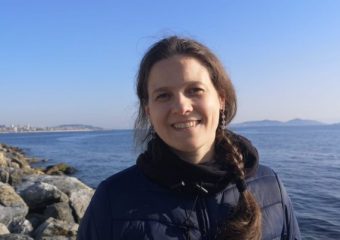 “I remember the tears in the eyes of the audience — emotions of Belarusians who had to leave their Motherland after the unfair elections. They heard and sang together songs that are close to each of them, danced, like their ancestors did, and most importantly, they fully felt like Belarusians, some for the first time. I remember words of gratitude for my performances in Belarus, for the Square… ”

The exhibition “Artificial Coma” opened on October 23 at the Multicultural Center in Warsaw. It presents the works of young Belarusian artists who had to flee the country. 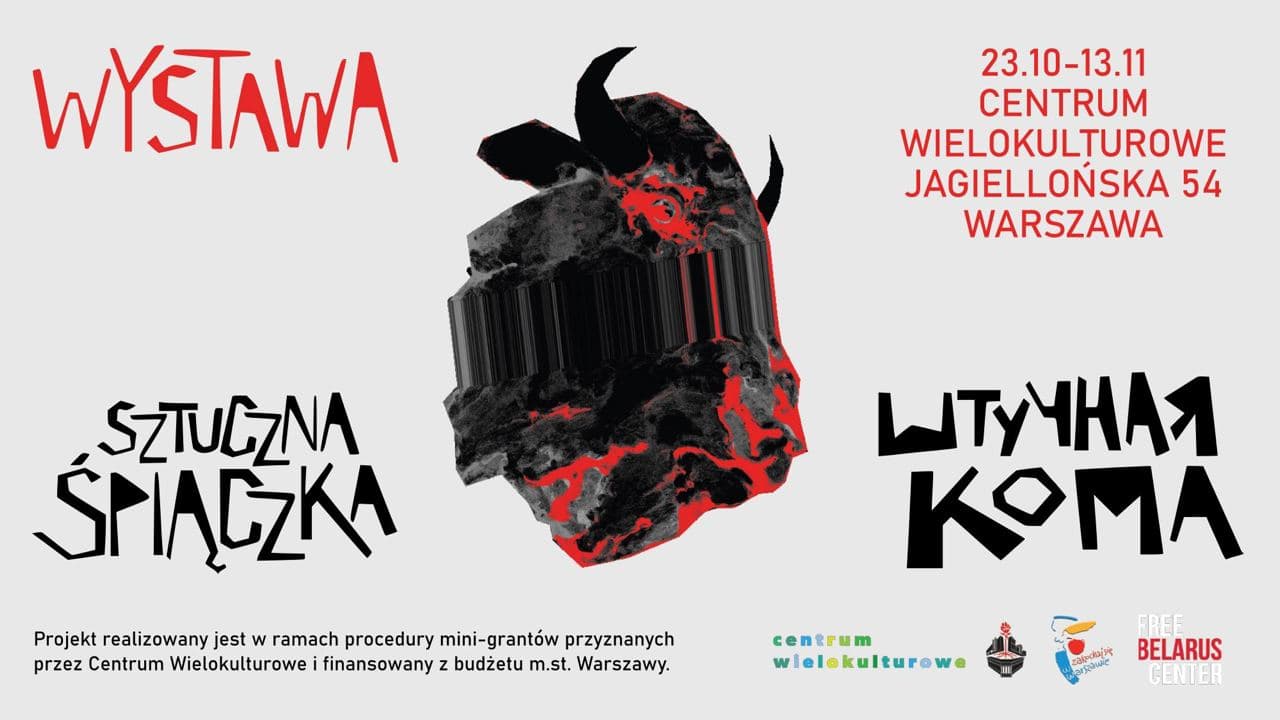 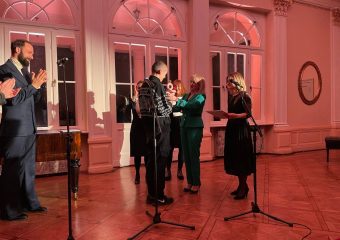 A virtual UN event on the assault on freedom of expression and human rights in Belarus took place on October 22. It looked at the monitoring data collected and analysed by PEN Belarus.

In the Polish city of Bydgoszcz, the Aurora Drama Award was presented for an outstanding work of modern drama. The winner is a Belarusian Mikita Ilinčyk with the play “Dark room”. The winner was chosen by an expert jury chaired by Svetlana Alexievich.

An action in support of the liquidated Union of Belarusian Writers and PEN Belarus at the Frankfurt International Book Fair. 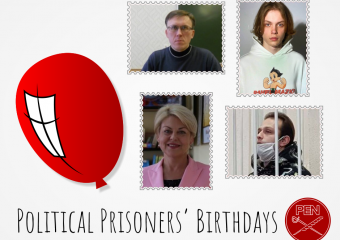 For October 23, 817 persons have been recognized as political prisoners in Belarus, and the number has been increasing steadily. This, of course, shows that repression by the authorities not just hasn’t stopped, but is actually gaining strength.