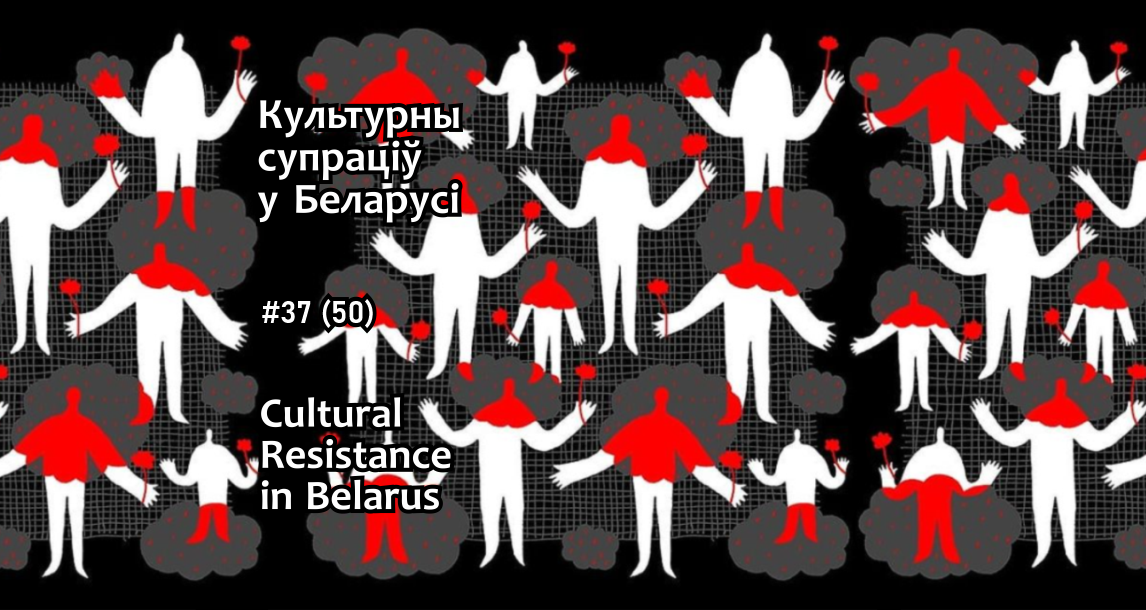 Photo: illustration by Volha Prankevich
“Act until no one has time to ban you.” Erich Maria Remarque

Download the pdf-version of issue 50 of Cultural Resistance Monitoring The Ministry of Internal Affairs announced the detention of the owner of an underground printing house. A 47-year-old resident of Tarasaŭ village of Minsk district made flags, stickers, and “other products with unregistered symbols” in his printing house.

Siarhiej Marozaŭ, photographer from Hrodna, was called for a “preventive talk” with the police. They took a sample of his saliva, fingerprints, and he had to sign a document admitting his awareness of criminal charges for participating in protests. Before the election of 2020, Siarhej for 5 years created social and media advertising for the local police, but last August, he recorded a video throwing away all the awards he received from them. 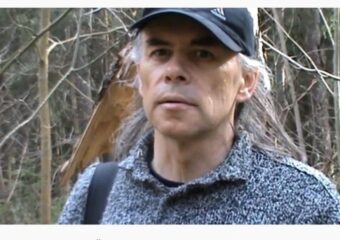 Juraś Kopcik, detained on September 4 during the festival “Battle of Vorša” and sentenced to 10 days for participating in an “unauthorized mass event”, received another 12 days of administrative arrest.

Kirył Salejeŭ, the son of Vadzim Salejeŭ, culturologist, professor at the Academy of Arts, has been detained.

Alaksandr Bahdanaŭ (Papa Bo), founder of the Cultural Center “Korpus”, and Maksim Kruk, sound designer, haven’t been released after 10 days of arrest – they are suspects in a criminal case under Art. 342 of the Criminal Code.

Dzmitry Padrez (Dream), a street artist, is known to have been detained as a suspect in the criminal case under Art. 130 of the Criminal Code (incitement of social hatred) since July. 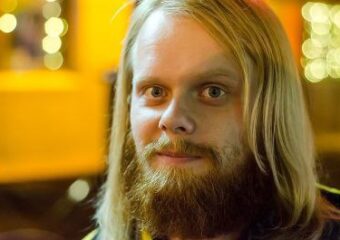 Uladzimir Punko, director of an enterprise in Viciebsk, was thrown in jail for 20 days for a white-red-white napkin in his car. 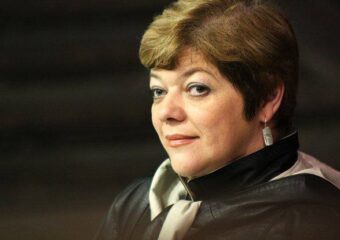 Jula Čarniaŭskaja, who as a suspect in TUY.BY case, has been under home detention for five months, has had her term extended.

Belarusian folk-metal band Znich has been denied a tour permit by officials for a concert on their 25th anniversary at the Re:Public club in Minsk.

The court liquidated the local history organization Talaka, which had existed for 35 years.

There was an attempt to hack the resources of the Belarus Free Theatre. Eduard Babaryka can’t get permission to exercise in the cell (he used to actively practice yoga), but during walks he continues jogging, pushing up, etc. He also learns to draw, but can’t buy books.

Aleś Bialacki, a human rights activist and a member of the Belarusian PEN Center, has been in prison for two months. Behind bars he is writing memoirs about his work at the Maksim Bahdanovič Literary Museum.

On September 15, punk musician Ihar Bancer was released from the punitive confinement, where he had been put for 40 days, and brought to the open air prison in Viciebsk, where he is to serve his sentence. Bancer has been on a hunger strike for the last 19 days to protest against illegal actions against him. Now he isn’t well.

Viktar Babaryka was transferred to another job: he works with bakery wares in the room with temperatures exceeding 30 degrees Celsius, with no ventilation, the windows are not allowed to open.

The long list for the Carlos Sherman Award has been announced. This award for the best literary book translation into Belarusian was founded in 2016 by the Belarusian PEN Center, the Union of the Belarusian Writers and the Local charitable organization Viartannie Foundation. 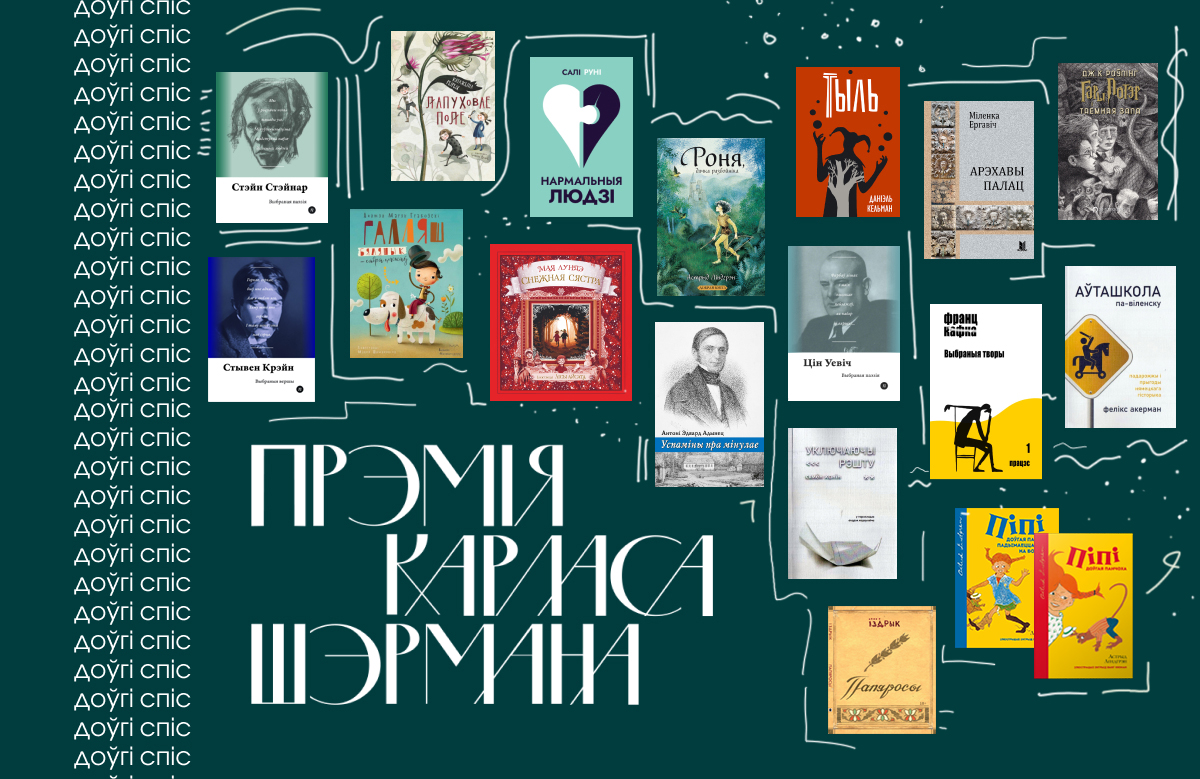 A meeting with Adam Hłobus, a Belarusian writer, poet and artist, took place on September 14 at the Maksim Bahdanovič Literary Museum in Minsk. The book “Family”, discussed at the meeting, was shortlisted for the Jerzy Giedroyc Literary Award in 2018.

Small but meaningful and brave actions of creative civil resistance:

Women in white-red-white clothes read Belarusian books on the train – a group of women had been fined and sentenced to administrative arrests for that before;

Residents of Minsk sang “Mahutny Boža” (“Mighty God”) near the church of St. John the Baptist, the song de facto banned and punishable. 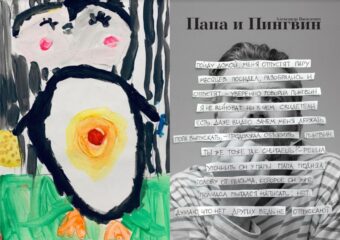 VOKA video service has released a documentary “Gaining Height” about Alla Kasabuckaja – the first Belarusian who managed to climb Everest.

Alaksandr Vasilevič wrote a collection of fairy tales “Daddy and Penguin” for his daughter Adele while in the pre-trial detention center. Nadzieja Zielankova, his wife, made the files for printing out available to the public.

The forum of cultural heritage restorers took place in Minsk.

Yuri Stylsky, leader of the band “Daj dorogu!”, who had to leave Belarus under threat of being arrested for a music video for the song “Baju-baj” recognized as “extremist”, arranged an improv home concert. 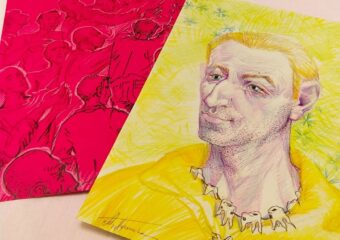 A charity auction offering a unique printed copy of Alhierd Bacharevič’s book “The Theater of Happy Children” with an autograph from the writer.

A Belarusian in the Netherlands Taciana van den Brink has published a book about Belarusian mythology for children.

Dzianis Marcinovič, a theater critic, writes in his column for the Euroradio for Belarus about the reasons for the dismissals and the prospects of the Opera and Ballet theatre after them. 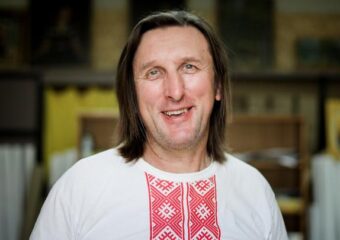 “Belarusian artists (especially young ones) are afraid and shun politics, serve Beauty and just abstract art, but I’m older, after the army (I served in Afghanistan in a helicopter regiment) I stopped being afraid of the authorities. I’ve been active since my student years, since the first Dziady-88 rally in Kurapaty. For it I got my first 15 days of arrest. I took a definite stance, that of Truth, no matter how hard it was… Belarusian society still can’t come out and demand justice, like in Nuremberg – for those shot in Kurapaty. Yes, people come out, but in handfuls. And that’s why we suffer – I and Belarus…” 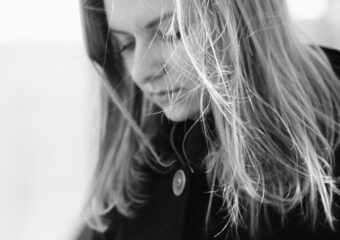 “Children are weapons. It is impossible to change an adult, a formed personality. From children, like from plasticine, one can make anything. And this is what the school will be doing, while the tired parents are coming back to life and healing their PTSD.

Ideological war has crept into our homes from the side where our own control does not extend. And the only way to fight the war, I believe, is conversation. The savage, Huxley’s character [Brave New World], had to explain to people what love, truth and sincerity were. We need to talk to each other, to our children, our parents, to tell them our truth – constantly, stubbornly, even when we feel like giving up.”

An exhibition of Belarusian poster protest art held in the German city of Essen. 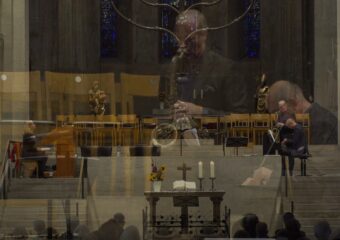 A meeting with Olga Shparaga

Representatives of the Polish Ministry of Culture and Polish cultural organizations met with Pavieł Łatuška and discussed the opportunities for Belarusian creatives affected by the Łukašenka’s regime.

A meeting with Olga Shparaga was held at the Braunschweiger Dom in the German city of Braunschweig, during which the audience spoke about the Belarusian revolution and read excerpts from Olga’s book “Die Revolution hat ein weibliches Gesicht”.

“Belarusian Friday” in Lviv – on September 17, a number of events dedicated to Belarusian literature took place at various venues in the city. 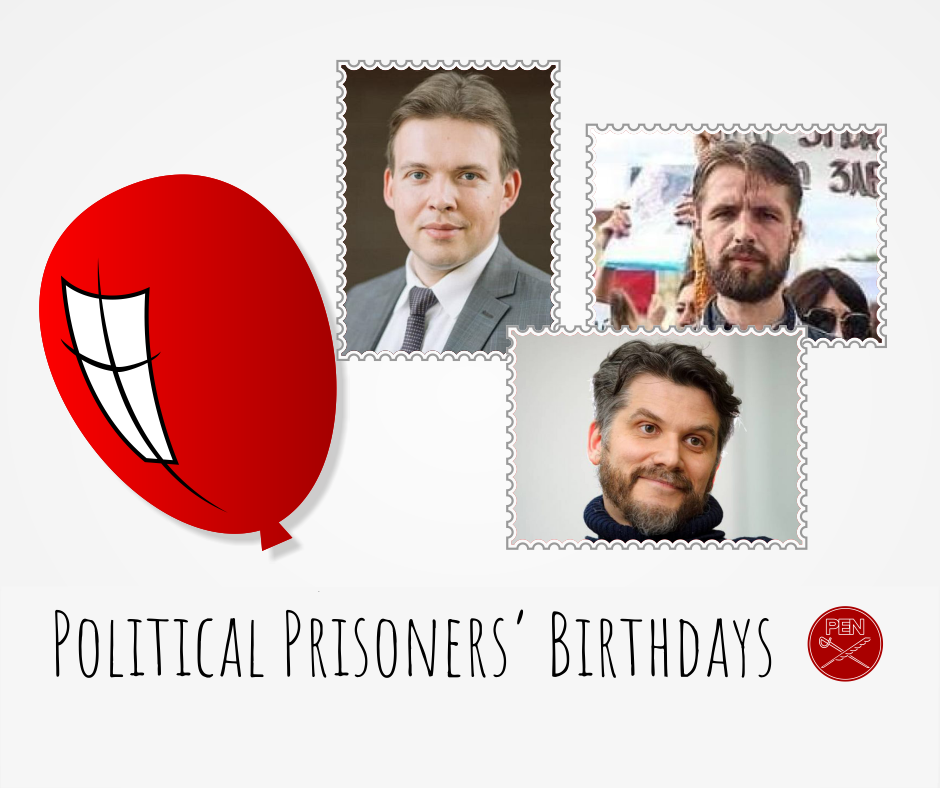