Search
ПЭН » News » Cultural rights » “My artistic expression is limited, and for some reason I’m made a criminal.” Issue 24

“My artistic expression is limited, and for some reason I’m made a criminal.” Issue 24 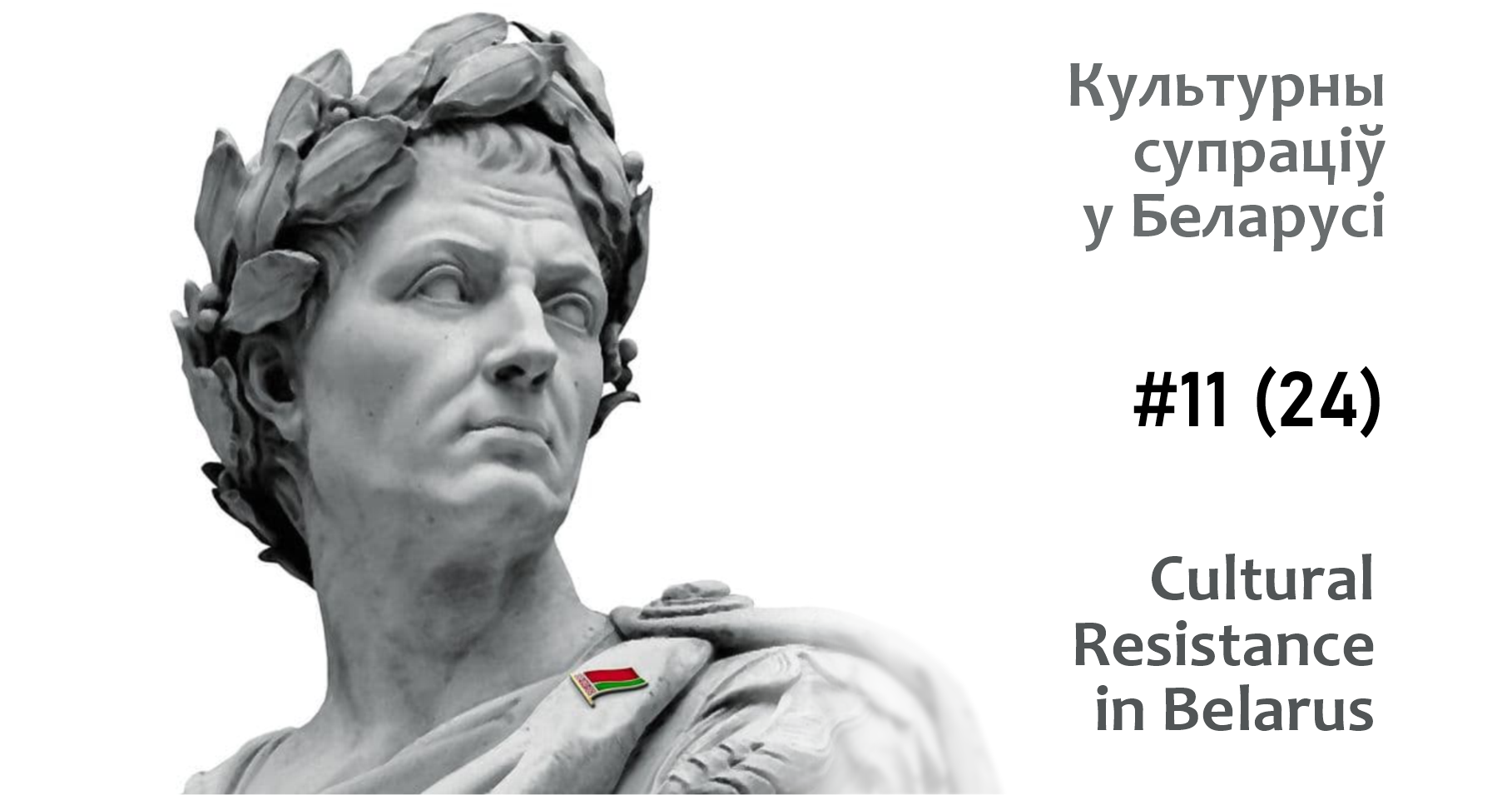 Photo: illustration by Vladimir Tsesler
It seems that the regime has either set a goal to destroy Belarusian culture, or the people with whose hands this has been done do not understand the tragedy of the situation. Still, we must stay strong, we must be stronger than ignorance and cruelty of those in power. 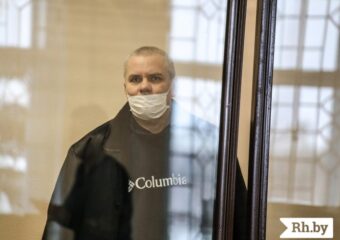 Ivan Viarbicki [Ivan Viarbitski], an animator from Halšany, received 8 years and 1 month in prison for “trolling” messages on Telegram, seen as incitement to acts of terrorism.

On March 17, Alaksanłr Pamidoraŭ [Alexander Pomidorov] was interrogated by the Department of Financial Investigations as a witness in the criminal case against BY_Help Fund.

Jan Roman [Yan Roman], a journalist and poet, was detained in Hrodna on 17 March. He is accused of financing the protests (he paid fines for two people punished for participating in the protests). Jan’s house was searched, his laptop and phone were confiscated. 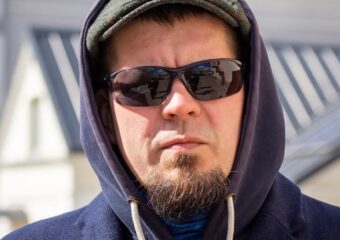 The apartment of Aleś Dzianisaŭ [Ales Dzyanisau], journalist and musician, leader of the band DZIECIUKI, in Hrodna was searches on 17 March. He is also suspected of financing the protests. Police confiscated his daughter’s laptop and smartphone, as well as a home computer and three old mobile phones. On March 18, Aleś was summoned for questioning by the Interior Ministry.

Vadzim Dzmitranok, architect, was sentenced to three years of restricted freedom in an open penitentiary (so-called “khimiya”). He was released from custody in the courtroom on condition of travel restrictions and proper behaviour while appealing the verdict. 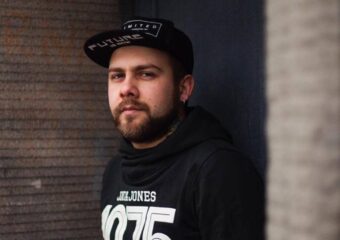 Zmicier Afanasienka, vocalist of the band Amaroka, on March 17 had his home searched. Zmicier cooperated with Art Siadziba, he was also detained during the peaceful marches in autumn 2020 in Minsk.

Zmicier Kazakievič [Zmitser Kazakievich], journalist, fined 1740 rubles [560 EUR] for two articles he wrote. In court, Zmicier quoted an excerpt from George Orwell’s anti-utopian novel 1984 and tried, unsuccessfully, handing a copy of the book translated into Belarusian to the judge. 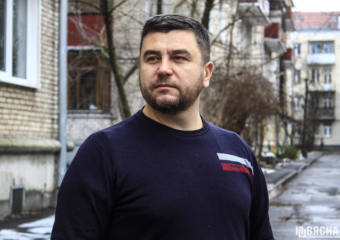 Andrei Paluda, a human rights activist, was summoned to the Investigative Committee for questioning as part of a criminal case under Part 2 of Article 342 of the Criminal Code of Belarus – training of persons to participate in group actions that grossly violate public order. Andrei Paluda is one of the authors of the non-fiction book “The Death Penalty in Belarus” (2015), together with Adarja Hurštyn [Adarya Gushtyn] and Palina Sciepanienka [Palina Stsepanenka].

Ihar Bancar [Igor Bancer] was freed on March 19 after Hrodna court issued him a “khimiya” sentence. Taciana Zahorac, a mother of three, living in one of the most active in the resistance districts of Minsk, on March 19, was fined 870 rubles [280 EUR] for “Long live Belarus!” which, according to a police witness, she shouted out of her window on March 7, although the woman was not even at home at the time.

Hrodna human rights activists, two of them are writers – Viktar Sazonaŭ [Viktar Sazonau] and Uładzimir Chilmanovič [Uladzimir Khilmanovich], were summoned to the Investigative Committee as part of a criminal case against Viasna Human Rights Center.

The organizers of a big Moving Art Festival had to cancel the festival and close the space because they couldn’t access the premises rented from the Horizon plant. The problems started in February and look like further attacking independent Belarusian art. The Moving Art Festival had been prepared over a period of six months and was to include music, film, theater and dance sections, as well as tours, workshops and lectures. 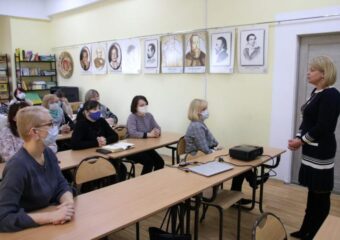 On 10 March, the prosecutor’s office opened a criminal case on the “heroization of war criminals” on the grounds that one of the Polish children’s organizations allegedly praised anti-Soviet guerrillas. Inspections of activities in Polish public organizations began in several cities at once. Control is exercised by representatives of all possible public services: from the prosecutor’s office to sanitary-epidemiological inspection. The inspectors are trying to find out whether the children who attend the “Polish school” celebrate Polish national holidays and why they learn the language of their ancestors in general. Brest prosecutor’s office filed a lawsuit to liquidate Polish school. 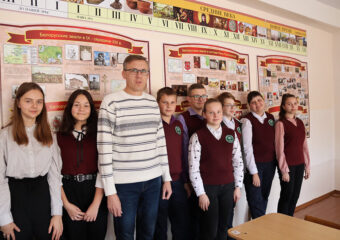 Andrej Piatroŭski [Andrei Petrovsky], a teacher from Smarhoń, was fired for telling students about the white-red-white flag in class (the official’s son recorded it on his phone, which got the teacher in trouble). On March 18, security officers came to his apartment, with the sanction of the prosecutor, an inspection was carried out, an old laptop, tablet, flash drive and his smartphone were confiscated. The play Kaddish about the tragic fate of Jews during the Second World War, which was to be performed in Hrodna on March 20, was banned, the organizers were threatened with criminal liability. The reasons for the ban were that “Kaddish condemned fascism, the concentration camps and the tragic fate of the Jews,” and “it’s fascism that a part of the Belarusian society associates the current government with.“

Dźmitry Lipijeŭ [Dmitry Lipiyeu] on March 15, was detained by six masked unknown individuals in his own apartment. The reason was allegedly the white-red-white flag in the window, which wasn’t actually there. During the detention and search, the officers tried to find out whether Dźmitry was the administrator of any telegram channels. On March 17, he was sentenced to 30 days of administrative arrest after two days in Akrestsina detention centre. 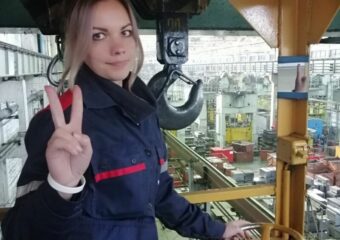 This example once again illustrates the brutality and lawfulness of repression and the lack of safety for the citizens in Belarus. This is only one of several cases when citizens were detained for the flags which weren’t in their windows as the policemen claimed.

Ullana Harbačova [Ulliana Harbachova], a former Minsk Tractor Plant employee, who was fired for participating in the strike, was detained on March 18 when walking her dog together with her son. She was charged for participating in the pagan festival “Calling the Spring” (which was celebrated in the woods, Ullana wore a red dress and a white scarf, and held a red cloth in her hands). She was fined 50 basic units [466 EUR] and released in the evening.

The Modern Art Theater, which hasn’t been able to show any of their performances live due to the politically motivated pressure on them, showed their play “Dragon“ online on March 18. All funds raised during the show will be donated to a new production of “The Former Son” based on the novel by the Belarusian writer Sasha Filipenko.

Fromm Savoque from Minsk wrote the song “I’m going out“ to inspire Belarusians and in memory of Raman Bandarenka.

Fresh pieces of art reflecting the state of things:

Lilia Kvatsabaya “Perfect microphone according to the version of the band “Galasy ZMesta” ;

Savichz “Let’s help drive fraudsters out of our city” 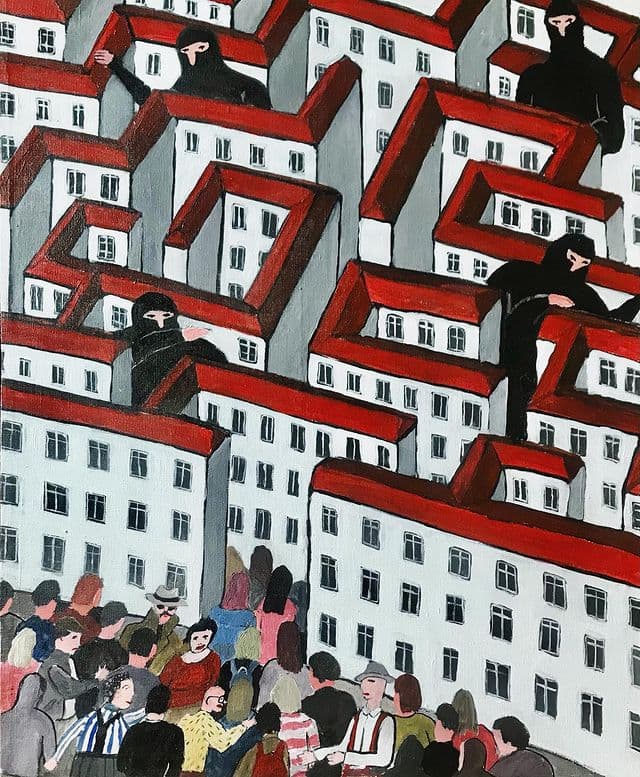 Savichz “Let’s help drive fraudsters out of our city” 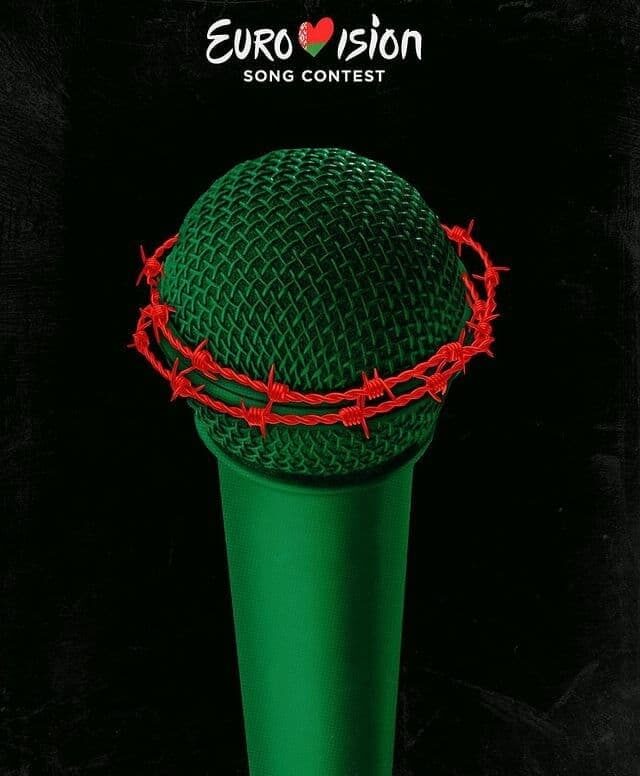 Sirahej Hapon is a photographer for AFP who lives in Kreva and actively develops the town: organizes exhibitions and meetings, restores the old cemetery. On September 15, an administrative case was instituted against him for celebrating Maslenitsa.

“I sincerely love Kreva. This is not a no-name-village for me. This is my hometown, I see great potential in Kreva. Someone wrote to me in a comment on Facebook – come on, we are waiting for you in Lithuania. But I don’t want to leave. I have started a lot of projects here, loads of important work to do”. 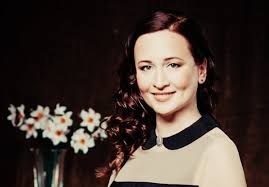 Aksana Mašynkova [Aksana Mashynkova], director, about the cancellation of the play “Kaddish”:

“If I, as an actress, can’t speak through artistic means, I don’t understand what I can talk to the audience about. Am I even permitted? My artistic expression is limited, and for some reason I’m made a criminal”

Vadzim Dzmitranok, an architect who was released from prison after four months, before being sent to “khimiya”, talks about the imprisonment: “Books help to serve your term. Valadarka [Minsk Detention Center No. 1] has a better library: more books and in good condition. There are too many old books with yellow crumpled pages in Zhodzina, they were hard to read, especially with my eyes damaged during the detention. I won’t talk about the other inmates, so as not to get them in trouble, but definitely, I met a lot of smart and talented people. I especially admire the young. Stunning, they definitely will not give up” As part of Atlanta International Poetry and Translation Festival, four Belarusian and four American poets translated each other’s poetry in the time of crisis and shared the results of their work in an hour-long bilingual recital on 18 March.

Ten actors of the Hrodna Drama Theater, who were fired for participating in the nationwide strike, have moved to Lithuania where they were invited to take part in international collaborative projects. Download the pdf-version of issue 24 of Cultural Resistance Monitoring