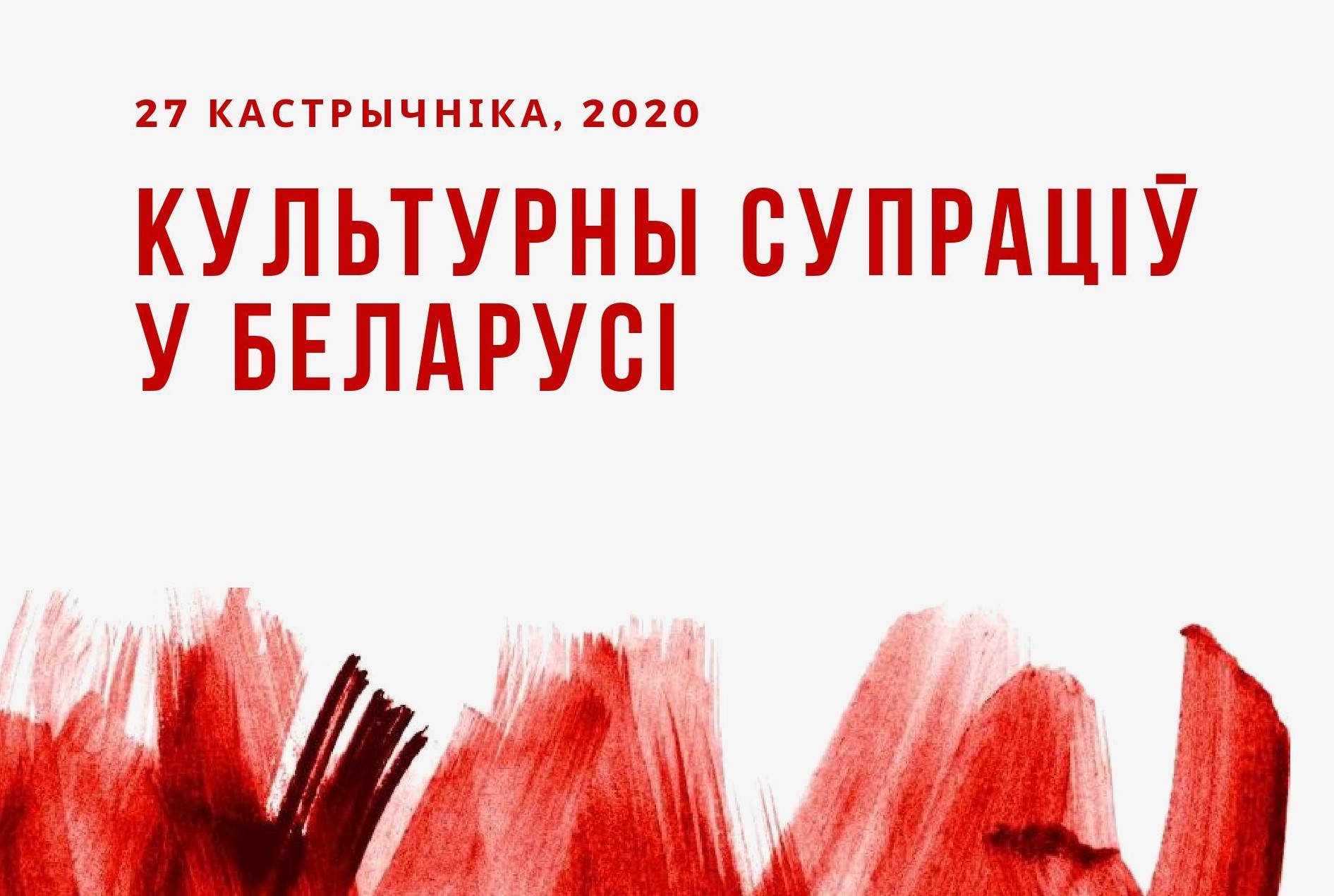 The week has been rich in news - arrests and pressure on cultural figures continued, but the resistance has been strong as ever!

Round Table for Representatives of Creative Organizations and Initiatives

On October 24, the Belarusian PEN Center initiated a round table in Minsk.  The participants discussed the most acute problems faced by Belarusian creative organizations and their members in the context of the socio-political crisis, as well as possible and necessary joint actions. The participants also support the work of PEN Belarus on monitoring and analysing violations of rights and freedoms in relation to art workers and activists, and agree it is essential to maintain communication and act together.

In their joint statement Belarusian PEN Center and The Union of Belarusian Writers emphasize that repressions against the intellectual and creative elite are purposeful actions of the regime which seeks to prevent the exercise of the right to freedom of speech and thought, as well as the right to peaceful assembly and demonstration guaranteed by the Constitution.

Ihar Bantsar  (Mister X), a well-known activist and musician was arrested in Hrodna on October 20. Ihar might be accused of organizing or actively participating in mass riots (Article 342 of the Criminal Code of Belarus).

The musician and activist had previously served 10 days of administrative arrest (detained on August 24) during which he went on hunger strike.

Andrei Luhin and Alena Palachanskaya, musicians of the LAUDANS band, were arrested on October 19, after having performed in the neighbourhood of Angarskaya Street in Minsk. On October 21, they both were sentenced to 15 days of arrest.

Earlier, on October 16, Andrei and Alena were detained in Senitsa, a small town in Minsk region, where they were going to play a concert, and were released after a conversation with the police officers who had suspected them of being drunk.

If you want to help the band to buy new equipment, as theirs was confiscated during a street rally on August 20, follow the link. 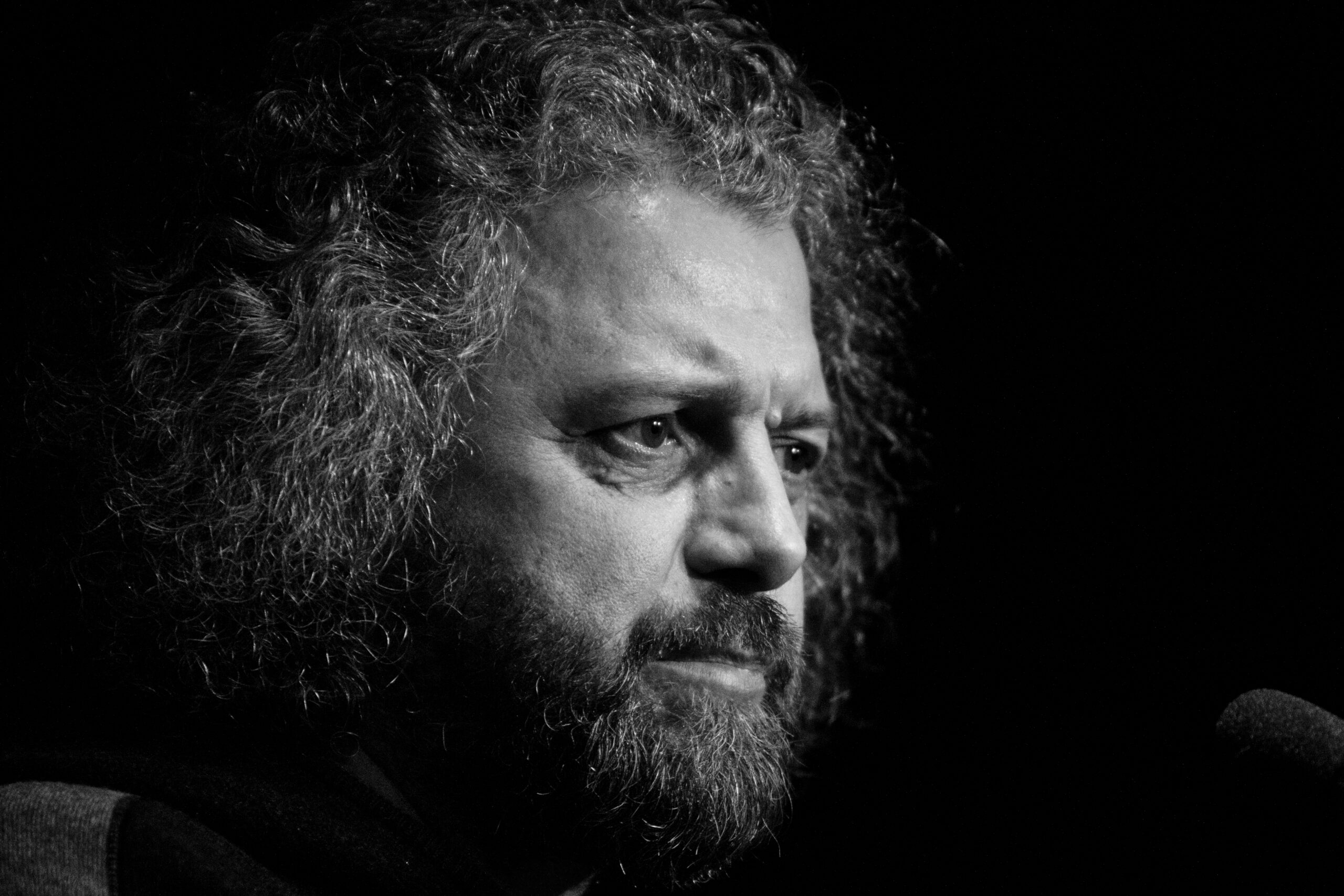 Dzmitry Strotsau, a poet, activist, and member of PEN Belarus was arrested on October 21. Dzmitry disappeared in the morning, and his relatives couldn’t get any information about his whereabouts until the next morning.

On October 22, he was sentenced to 13 days of arrest. Dzmitry Strotsau took part in protests against the election fraud and wrote about it openly. He spoke about the situation in the country in his work as well.

Andrei Karalevich, casting director of the Belroskino studio, producer, director and teacher at the Academy of Arts, was arrested on October 21 and sentenced to 14 days in jail.

Eryc Arlou-Shymkus, musician, and Aliaksandra Babkova, film director and camera woman, were detained during the Sunday protest march on October 25. Aliaksandra was fined 7 basic units (63 Euro), Eryc was sentenced to 12 days of arrest on October 27.

On October 21, Volha Semchanka, head of the Literary and Drama Department of the Mahileu Theater, and manager of the Belarusian Folk Dance Club, was tried for participating in two peaceful marches on August 30 and September 6 in Mahileu and fined 10 basic units (90 Euro). Earlier, Volha spent seven days in jail for participating in an “unauthorized demonstration” on the same dates.

“Today’s sentence looks even milder, compared to the previous one. Still, there should be no such cases at all. Those taking part in the peaceful protest marches don’t violate anything. Among the participants there are women, children, and elderly people. Do you become a criminal when you walk down the street with flowers and ribbons? This is our Constitutional right”, Volha said after the trial.

The employees of the Mahileu Regional Drama and Comedy Theater in Babruisk who dare to openly criticize the actions of the authorities, are under pressure. Vadzim Babinich, an actor, sang the song “Mury” (Belarusian for “walls”, it has been one of the most popular protest songs in Belarus) at the theatre and received a punitive reprimand, three staff reports, and condemnation from his colleagues. After that, one of the performances with Vadzim’s participation was canceled. He and his wife Natalia – an artist – left the official trade union (these unions support the regime and not the employees), and now she is under pressure. Vadzim and Natalia are concerned that they may be fired.

The Land of Castles Foundation, which is engaged in cultural activities, including organizing and running guided tours around Belarus, has been under pressure for several months.

Aliaksandr Varykish, the director of the foundation, said that as a journalist he was helping the press office of the Coordination Council, after which the foundation and Aliaksandr’s personal property have been inspected by the State Audit Office, the Tax Service, the Committee on Labor, Employment and Social Protection, district services, nature protection, etc. Aliaksandr is convinced that this is politically motivated pressure and asks for support.

“We’re all strings of one musical instrument. Everything’s set up. All that’s left is to play.”

One of the best guitarists of Belarus Andrei Apanovich (Triangle), released after 15 days of arrest, tells about overcoming fear and the importance of playing together. This is the first video made within the framework of the “Together we are a force” campaign of the Belarusian Culture Solidarity Foundation. For the original video in Russian, follow the link. Members of the Belarusian band “Tiani-Tolkai“, authors of the anthem for the Almaz Special Anti-Terrorism Unit of the Ministry of Internal Affairs of Belarus, who used to be regulars performing at the concerts organized for the Ministry of Internal Affairs and riot police, signed the Open Letter from the Belarusian Arts and Culture Community condemning violence against civilians by police and militia.

“My dream is that my son will live in Belarus where he will be valued and respected, where he can realize his potential and find his place, where everything will be sincere, in truth, and no one will limit him in his desires and dreams”, one of the band members says. “You can’t just beat people, as simple as that”, adds another one.

Naviband, a Belarusian band from Minsk which represented Belarus in the Eurovision Song Contest 2017 with the song “Historyja majho žyccia” (Belarusian for “Story of my life”), has been actively performing in support of Belarus in various cities of Poland.

“Belarusians have big open hearts. And millions of these open hearts will march on, to the light, and will never stop”, they comment on their new song which is to be released soon. The activities in the neighbourhoods in cities throughout Belarus continue, despite the fact that police and riot police regularly raid the events people organize for themselves, and the administrators of the community chats are arrested and charged with criminal articles.

An auction in support of the Belarusian protest movement was organized in Poland. It took place online, thanks to cooperation with the portal artinfo.pl.  The funds raised will be used for psychological and medical help to those injured during the peaceful protests, fines for the detained, support for the striking workers and those fired for their views, etc.

On October 22, an international interactive concert of solidarity #womenunited in support of the Belarusian democratic movement and Maryia Kalesnikova took place on the stage of Theaterhaus in Stuttgart. Germany, Switzerland, Belarus, and Ukraine took part in it online. Follow the link to see the recording of the concert.