Chronicle of human rights violations in the cultural sphere (December 15-31, 2022) 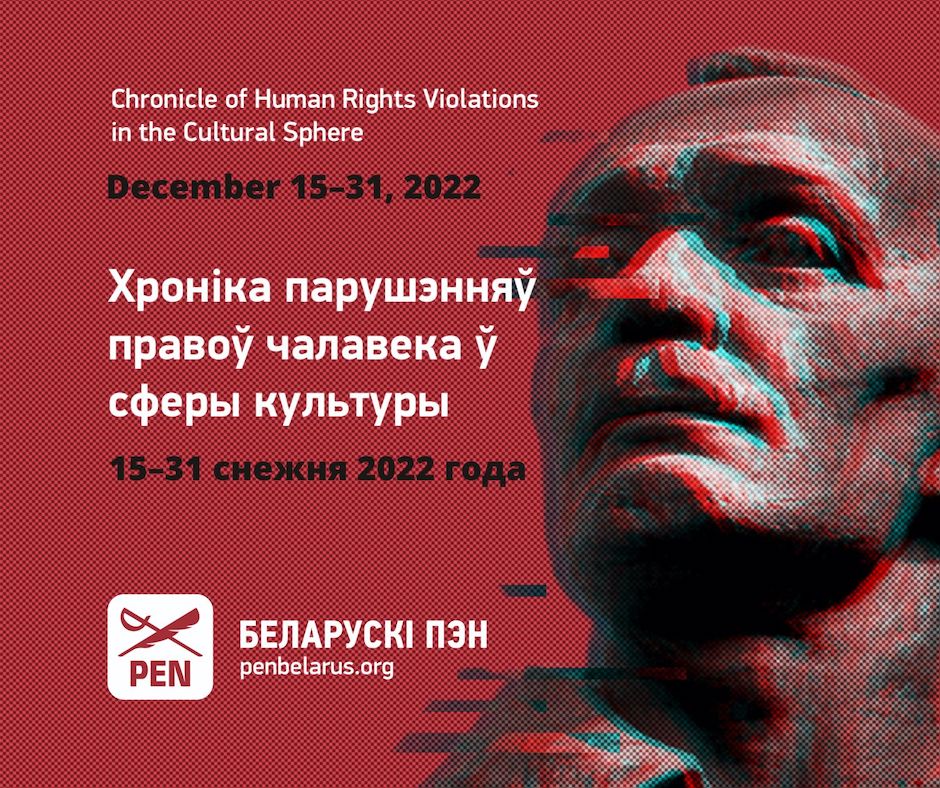 On December 16, a writer and local historian Siarhei Chyhryn was detained in Slonim.

On December 22, the Ministry of Information again suspended the activities of the Knihazbor publishing house.

On December 28, Dzmitry Halavach and Yauhien Burlo, the musicians of the “Tor Band” band, were not released after 60 days of administrative arrest. They are being tried separately for each song declared to contain “extremist material”.

On December 23, 18 employees of the National Art Museum were dismissed.

On December 23, Piatro Piatrusha was convicted in the Biarezinski District Court according to Art. 341 of the Criminal Code (“desecration of buildings and damage to property”), he was accused of painting white-red-white flags in various places in Minsk from February 2021 to September 2022: “…11 times with the help of aerosol cans with white and red dyes he applied images in the form of white-red-white stripes to the surface of power lines support, walls of two public transport stops, and a road sign “Beginning of a settlement”. The sentence was 6 months of imprisonment.

IV. Conditions in places of imprisonment

Imprisoned historian Yauhien Merkis spent four days in the punishment cell of the Homiel pre-trial detention center-3. The political prisoner was punished with harsh conditions of detention for “not shaving”.

V. Dismissals from state institutions of culture for civil position

VI. Repression in the book sphere