Newsletter of PEN Ukraine (May 3) 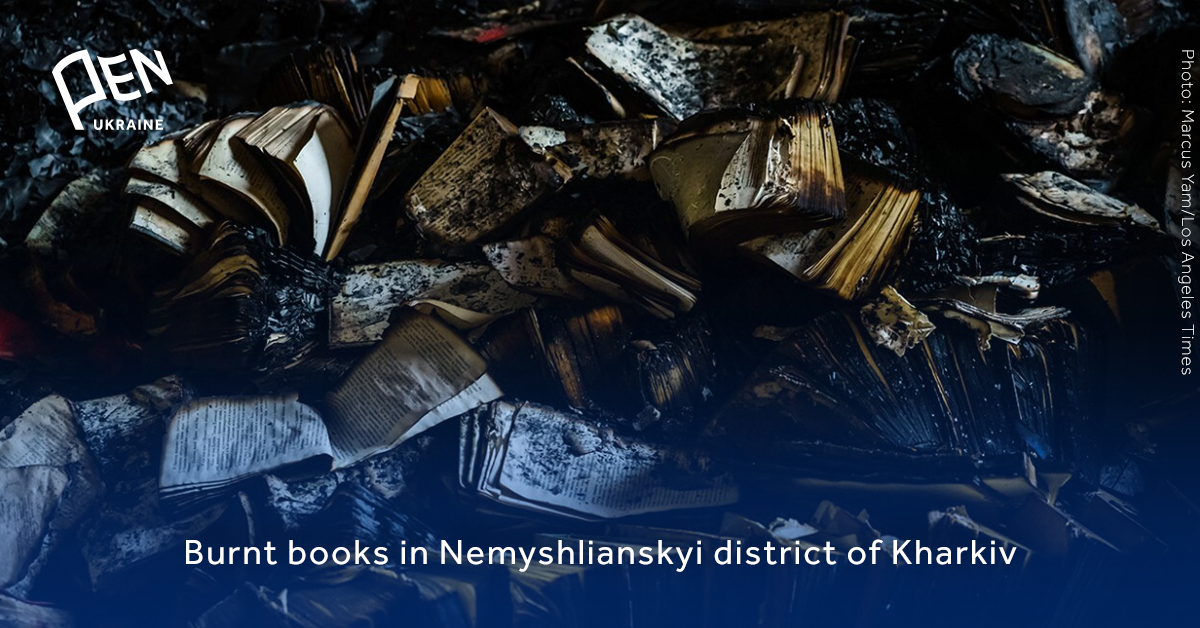 Russia carries out airstrikes on Kyiv during a visit of the UN Secretary-General, killing a producer of RFE/RL’s Kyiv bureau Vira Hyrych. Every day Russia is killing Ukrainian children, men and women, shelling residential buildings, destroying infrastructure and cultural heritage, bombing warehouses with food and fuel, provoking a global humanitarian and ecological crisis.

Since the beginning of the full-scale Russian invasion of Ukraine, the lives of PEN Ukraine members and its administrative team have changed. Some writers document their experiences and ruminate over the events of recent weeks. Here you can find translated diaries of PEN Ukraine writers:

PEN Ukraine launched one page with the latest news and materials on Russia’s war against Ukraine with information on the situation in Ukraine, links on important materials and information resources, petitions, addresses, the list of editions about Ukraine to read in English, and books by Ukrainian authors recommended for translation. The page is being continuously updated with the latest news and links. Go to the page and share with colleagues: war.pen.org.ua.