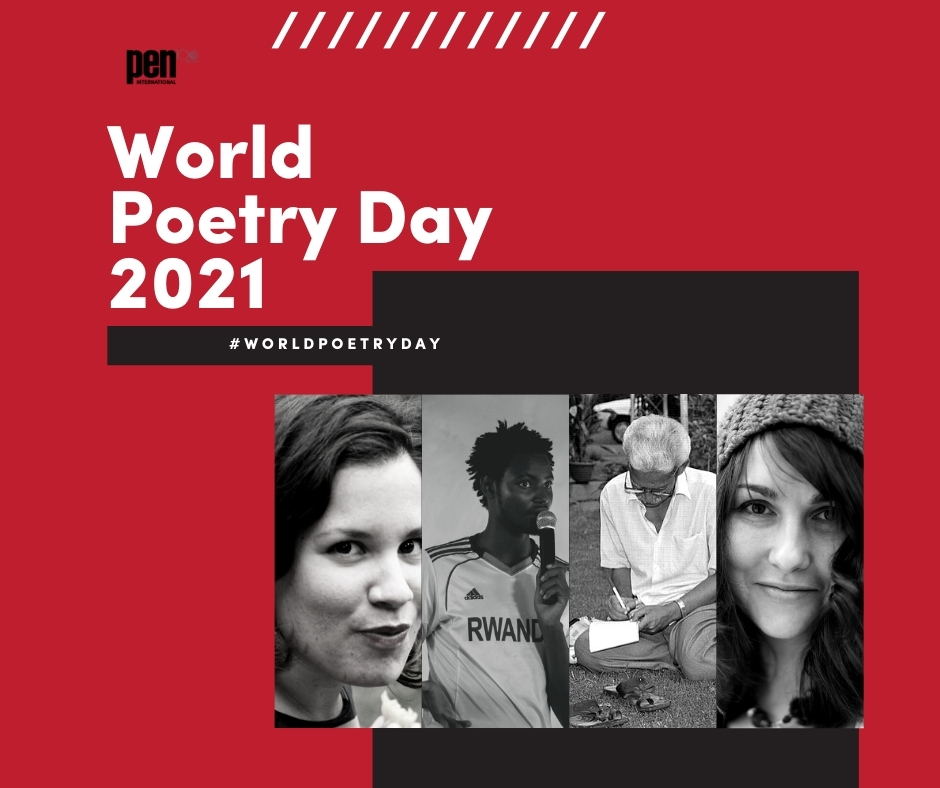 “We know, for poets who are incarcerated, the sun is cold and there are months between months, days between days and hours between hours. Even in the months, days, and hours, which are not on the calendar, we are working for their freedom of expression and for their freedom. Everyday members of PEN think of these poets and their suffering”. Jennifer Clement, PEN International President.

March 21: Adopted in 1999 during the UNESCO’s 30th General Conference, World Poetry Day, is an opportunity to celebrate cultural and linguistic diversity through poetic expression, as well as an opportunity to honour poets, revive oral traditions of poetry recitals, promote the convergence between poetry and other forms of arts, and raise the visibility of poetry in the media.

While poetry has the power to bring people together across continents, many poets worldwide face threats, intimidation and violence for simply speaking up, for using their voice in a way that makes governments feel uncomfortable. On this year’s World Poetry Day, PEN International highlights the case of four poets who risks their life, daily, through their work: Maryja Martysievič (Belarus), Katherine Bisquet (Cuba), Varavara Rao (India) and Innocent Bahati (Rwanda). PEN International calls on its members to take action so that governments fulfil their duty to guarantee freedom of expression.

Maryja Martysievič is a Belarusian poet, writer, and literary translator, who for years has been facing repression for speaking out. She is amongst the many cultural figures in Belarus who have publicly expressed their dissent following the widely disputed presidential election of August 2020, which saw tens of thousands of people taking to the streets in peaceful protests. Since then, the Belarusian authorities have unleashed an unprecedented crackdown on human rights. Many writers and artists have been targeted, suffering arrests, beatings, destruction of instruments, and loss of jobs. As a member of the cultural resistance movement, Martysievič uses her creativity to resist oppression, by writing poetry and holding public readings and performances.

PEN International calls on the Belarusian authorities to immediately end attacks against writers, artists, and cultural workers in retaliation for their attempts to raise their concerns and combat injustice.

Support Belarusian poets by organising poetry readings and celebrating their work on your social media channels.