Flash mob #august2020voices. «We can’t keep quiet about it» 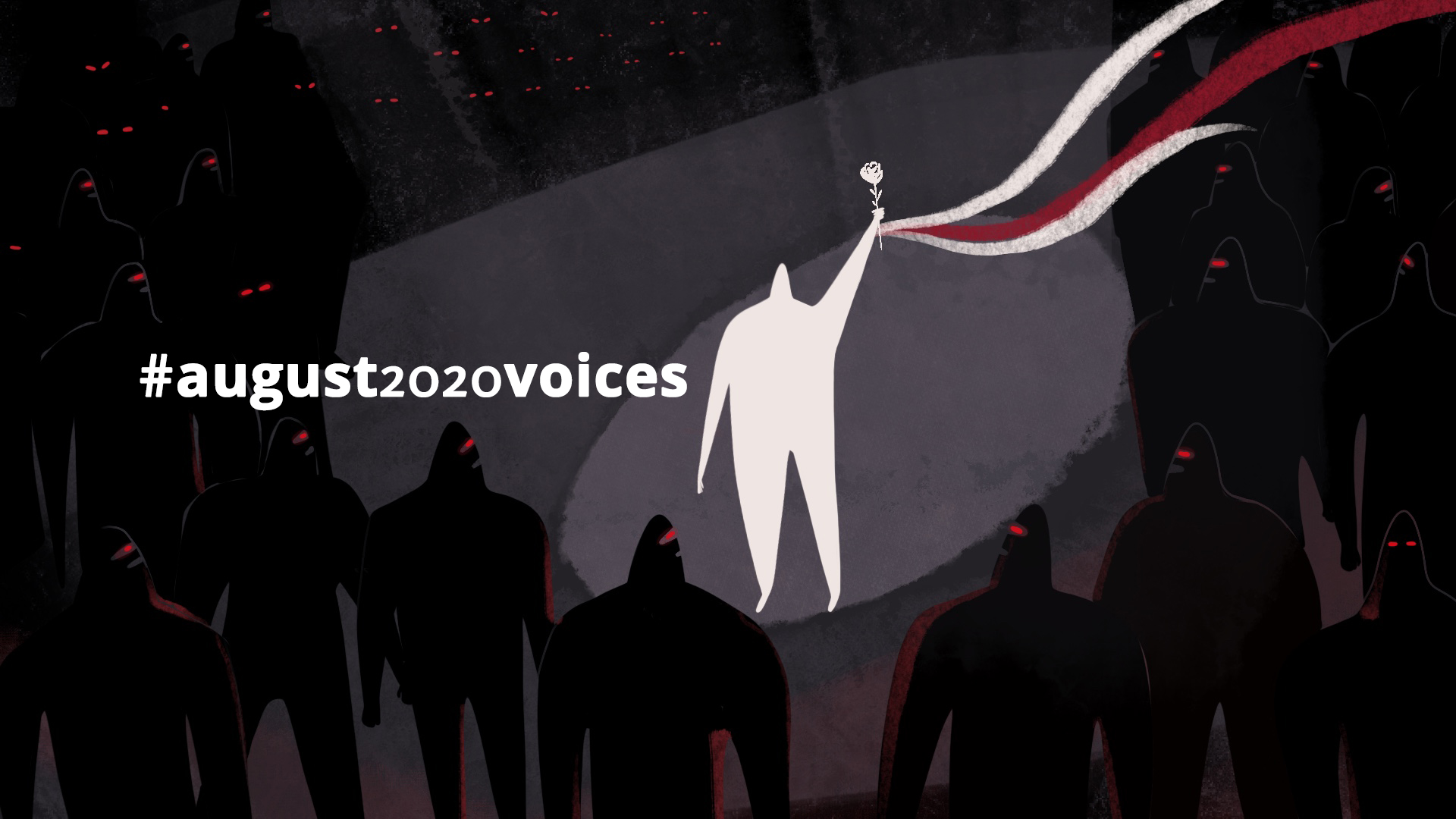 The August 2020 media project has launched a flash mob in which famous artists, musicians, athletes, writers, opinion leaders and everyone record videos in which they read fragments from the stories of people who suffered after the presidential elections in Belarus.

The goal of the project and the flash mob is to make the whole world aware of the crimes against humanity that were committed in the center of Europe in the XXI century. At present, not a single case of these violations has been prosecuted. Moreover, those who suffered the most are still being persecuted today. The authors of the project hope that the project will contribute and be useful in the investigation of the crimes in the new Belarus.

We invite you to join the flash mob! To participate, you need to choose one of the 200 stories on the site  and record a video reading a fragment of it. You can post the video in any of your social networks by adding the hashtag #august2020voices.