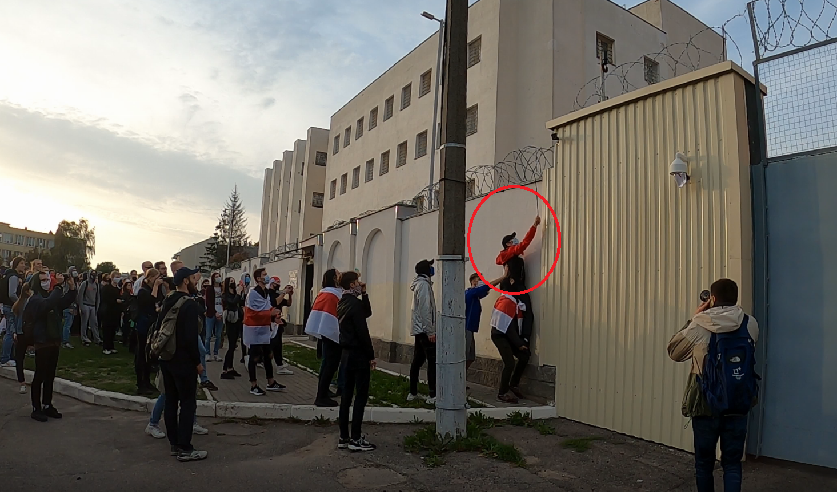 In the light of the information on the detention, indictment, and sentencing under Article 342 part 1 of the Criminal Code (group actions gravely disturbing public order) of Piotr Kanstantsinau, Artsiom Fedasenka, Yauhen Rapin, Sviatlana Bratsiankova, and Aliaksei Zikejeu, reiterating the position stated in the joint statement of the human rights community of 10 August 2020, we point out the following:

Freedom of peaceful assembly is guaranteed by Article 21 of the International Covenant on Civil and Political Rights. This freedom shall not be subject to any restrictions except those prescribed by law and that are necessary in democratic countries for the purposes of national security, public safety, public order, public health or morals, or for the protection of the rights and freedoms of others.

Citizens’ actions were spontaneous and self-organized and were caused by distrust of the results of the presidential elections in Belarus, which were held on 9 August 2020 with numerous violations and falsifications and were not recognized by the international community as democratic, fair, and free.

Citizens’ assemblies were peaceful and did not pose a threat to either national or public security. Despite that, the demonstrators were attacked by special riot police with disproportionate use of physical force, special means, and weapons.

For the first time in the history of Belarus, rubber bullets and water cannons were used against peaceful demonstrators. The use of stun grenades caused an especially large amount of damage.

In its statement of 10 August 2020, the Belarusian human rights community condemned the actions of the law enforcement agencies and put all responsibility for what happened on 9 and 10 August on the Belarusian authorities.

Individual cases of violent actions against police officers by demonstrators require separate legal qualifications, taking into account the context and circumstances of the violence, including in the context of self-defense against deliberately disproportionate actions by police officers.

We consider the persecution of the above-mentioned persons who were imprisoned and charged under part 1 of Article 342 of the Criminal Code (group actions gravely disturbing public order) as politically motivated persecution in connection with their exercise of freedom of peaceful assembly and expression of their opinions regarding the announced results of the presidential election in the Republic of Belarus, and we recognize them as political prisoners.

In this regard, we demand that the Belarusian authorities: