Search
ПЭН » News » Cultural rights » I’ll Keep the Right to Remain Myself – Issue 15: What is Happening in Belarusian Culture during the Social and Political Crisis

I’ll Keep the Right to Remain Myself – Issue 15: What is Happening in Belarusian Culture during the Social and Political Crisis 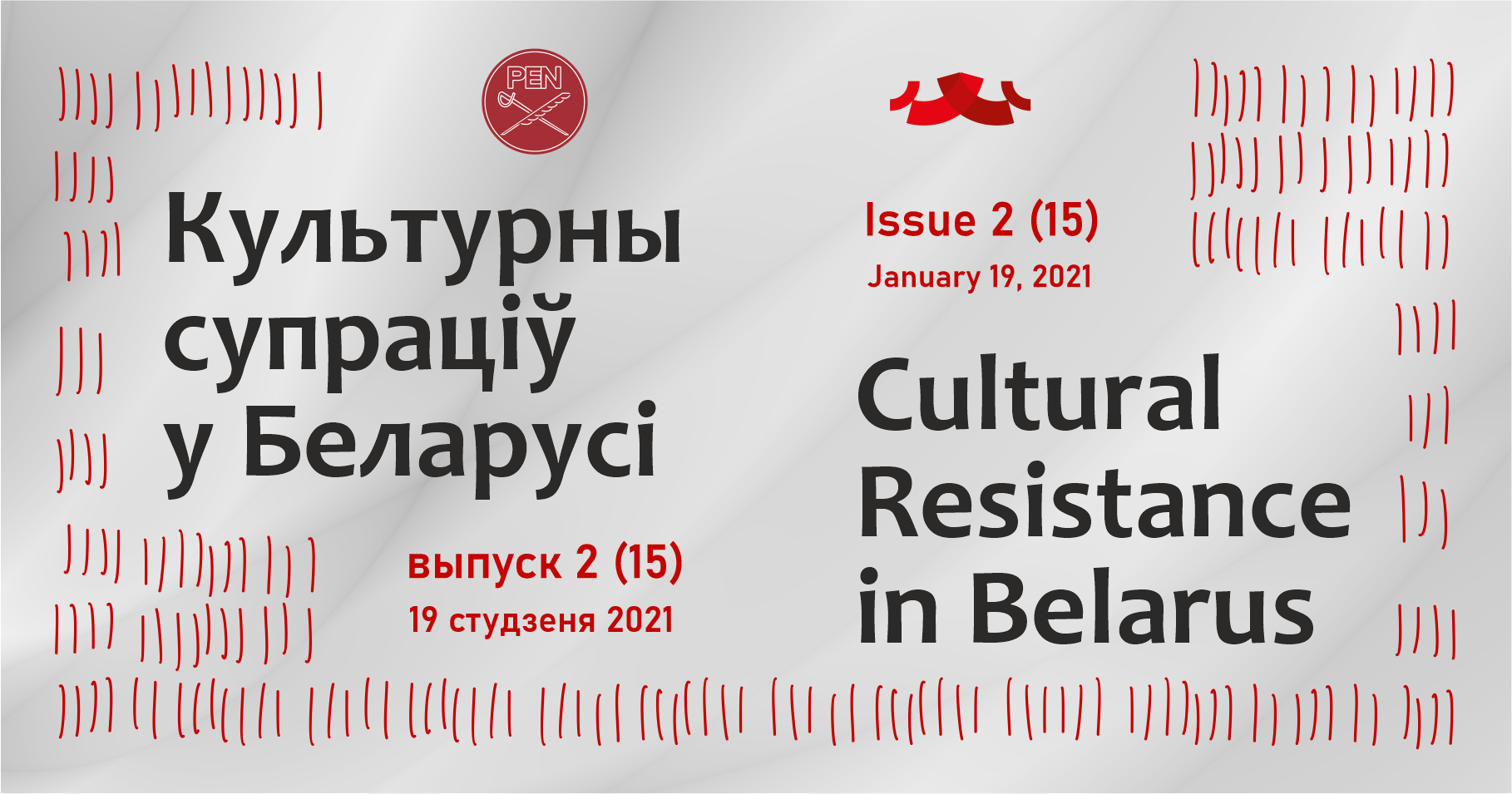 “Prison bars only prepare us for the life without them”, we repeat the words of Andrej Chadanovič, in our minds and aloud, like a mantra, because the repression continues. And so is our fight. 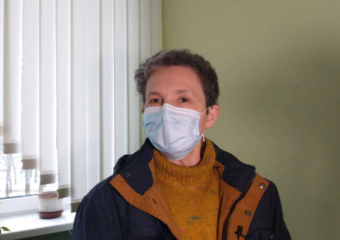 Alena Litvinava, a teacher from Homel, was sentenced to three days of administrative arrest for a dance around a Christmas tree in the forest involving white-red-white flags and symbols. Prior to the trial, she had spent five days in a temporary detention center instead of 72 hours allowed by law.

Four Salihorsk residents received administrative arrest terms and fines for having gathered near the Mourning Bell monument on November 13 to honor the memory of Raman Bandarenka, who died in Minsk.

Andrej Alaksandraŭ, journalist, media manager and poet, was detained on January 12 on the charges for financing the protest.

Adel Rudnickaja, a singer, was detained while walking with a white-red-white umbrella, and sentenced to 8 days of administrative arrest.

Anatol Łazar, a cult designer known as Wiecier Mechaniczny, author of the design of the Michał Aniempadystaŭ and Natalla Arsieńnieva Prizes of the Belarusian PEN Center, was taken to the financial police together with his computer. He was later released under the pledge of secrecy.

Hienadź Viniarski, publisher of “Knihazbor”, on January 13 was taken by the Department for Combating Economic Crimes officers as if to check if he pays all the taxes. Hienadź was released the same day under the pledge of secrecy, but his computer and phone were not returned.

Andrej Januškievič, publisher, and Aleś Jaŭdacha, bookseller, were taken to the Financial Investigation Department for the interrogation on January 15. Their computer and laptops, as well as phones and some other equipment and books, were taken away as well. Both were later released under the pledge of secrecy.

Volha Kalackaja, a well-known translator, was detained on January 15. On January 18, she was charged under Part 1 of Article 339 of the Criminal Code (Hooliganism).

PEN America alongside acclaimed writer Margaret Atwood demands the immediate release of Volha. Kalackaja has translated Atwood’s work, as well as that of Virginia Woolf and Tennessee Williams.

Zmicier Daškievič, a public and political activist, former political prisoner, laureate of 2014  Francišak Aliachnovič Award by PEN Belarus for his book “The Worm” written in prison, was detained near Kurapaty on January 15 and on January 18 he was sentenced to 15 days of administrative arrest.

A policeman from Miadzieł Alaksandr Kučynski was fired for a poem he published late in August in his public for six people.

“There is no truth in the hitting with truncheons, people in uniforms will not withstand.“

Repressions for the Symbols

Unknown people in masks broke the window of an apartment in Minsk for white-red-white paper snowflakes in the window. Police refused to open a case and look for the culprits.

Valer Astrynski, an investor and business angel, was fined 20 basic units [€180] for a flag with Pahonia on the well of his own country house. Siarhiej Miljaniec, a father of seven, was tried for the blinds in his window in Minsk district.

The short feature film “Minsk 2020” appeared as a response to the events on the Square of Change in Minsk on November 15, 2020 and is dedicated to the memory of Raman Bandarenka.

A book Purple fingers Of the last dictatorship of Europe with a description of torture of people by the Belarusian regime has been published.

Words are more powerful is a new video project from the Budzma Campaign, the Union of Belarusian Writers and PEN Belarus. In it, contemporary cultural figures who suffered from persecution and repression after the 2020 presidential election read the works of their predecessors convicted under Stalin regime.

Аnd in the second – the leader of the choir “Concordia” Halina Kazimiroŭskaja read the work of Michaś Čarot.

The online festival “Music Is Near-3: Generous Evening” took place on January 14.

The final episode of the interactive online show Hodny Dvor (Worthy Yard) was shown on January 15.

Cichan Klukač, an 18-year-old political prisoner, has sent some drawings from prison.

Latest music of the protest.

The documentary “Sisters of Protest” tells about the experience of young women who went through imprisonment during the 2020 protests.

Anžalika Krašeŭskaja, director of the international forum “TeArt” and the Center for Visual and Performing Arts Art Corporation, a member of the Coordination Council, on closing down the space OK16.

“Culture can survive only if there’s freedom. If creativity is driven into the framework, it is difficult to talk about art, because it will have nothing to do with the real motivation of the author and the real creative project. It’s all about nomenclature”.

Uładzimir Ušakoŭ, head of the Contemporary Art Theatre, on the suspension of its shows.

“I created a space in my country where both artists and directors find comfort, where they could express their thoughts and opinions, where there was freedom of creativity. Of course, I’m sorry we risk closing, but the walls will collapse and the theater will remain. In any case, we live with the hope that the future will be bright. If our theater closes, something new will open up, something that may have to be born. Probably, in order for changes to take place in today’s world, you need to make sacrifices and be ready for trials. Any war must end, any dragon must be defeated”.

Palina Ladniova, an 18-year-old artist who has been active in the protest movement since August, was detained several times, served 10 days of administrative arrest and was interrogated by the KGB.

“On the one hand, I wish it all would end soon. On the other hand, there are people who have been struggling with this for 26 years and I respect them very much. So I need to continue to do everything in my power. I believe we’ll have a very good, bright spring”.

Jan Hryb, a poet and public activist who has been repeatedly detained and fined large sums, despite his 84-year-old age:

“It’s just scary to look into their eyes – there is an absolute emptiness… They have one answer to everything, ‘We follow the order.’ I try to convince them that in Nuremberg such an answer did not save any of the criminals. And it will not save them either”.

An exhibition of photos by Andrej Lankievič accompanied by a sound installation by Jaŭhen Rahozin has opened at the DEAS art residence in Montenegro.

The Norwegian Writers Union stands in solidarity with Belarus. 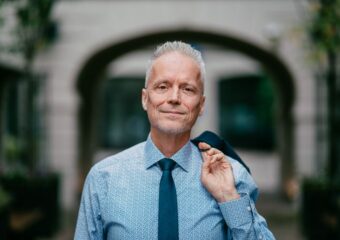 PEN/Opp, a magazine promoting freedom of expression, literature and culture, published by Swedesh PEN, has published an article wrote by Stefan Eriksson, a former Swedish Ambassador in Belarus.

Download the pdf-version of issue 15 of Cultural Resistance Monitoring