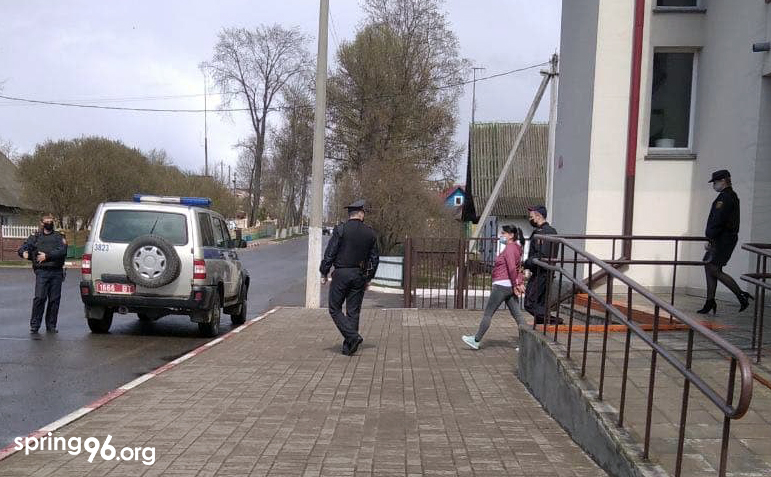 In response to the new cases of conviction and imprisonment on defamatory charges, we, representatives of the Belarusian human rights community, once again reaffirming our repeated demands to decriminalize defamation and refrain from imprisoning individuals for insulting officials, the state, government agencies and symbols (joint statement of December 22, 2020), note the following:

Palianina was found guilty of posting an insulting comment on a social network under the photo of head of the Pastavy police department Aliaksandr Rybakou in December last year. She was also convicted of storing small-caliber rifle cartridges left by her dead father.

We consider the punishment under Art. 369 of the Criminal Code to be politically motivated, as it is linked to the peaceful exercise of freedom of expression, while punishment under Art. 295 of the Criminal Code is excessive, as it is related to politically motivated persecution. The sentence imposed on her was not determined by the severity of the crime and the identity of the defendant. The woman was deprived of liberty selectively compared to other convicts, as noted in the conclusions by Viasna experts.

Without disputing the illegal nature of ammunition storage, we firmly believe that the prosecution was politically motivated.

According to the Guidelines on the Definition of Political Prisoners, a political prisoner is also a person deprived of liberty if, for political reasons, he or she is persecuted for at least one of the following reasons:

c) the length of the detention or its conditions are clearly disproportionate (incommensurate) to the offense the person is suspected, accused or has been found guilty of.

Based on this and guided by paragraph 3.2 (c) of the Guidelines, we declare Iryna Palianina a political prisoner and call to: