“History is a Total of Individual Wills”. Review of Belarusian Culture In Sociopolitical Crisis: September 6-12, 2021 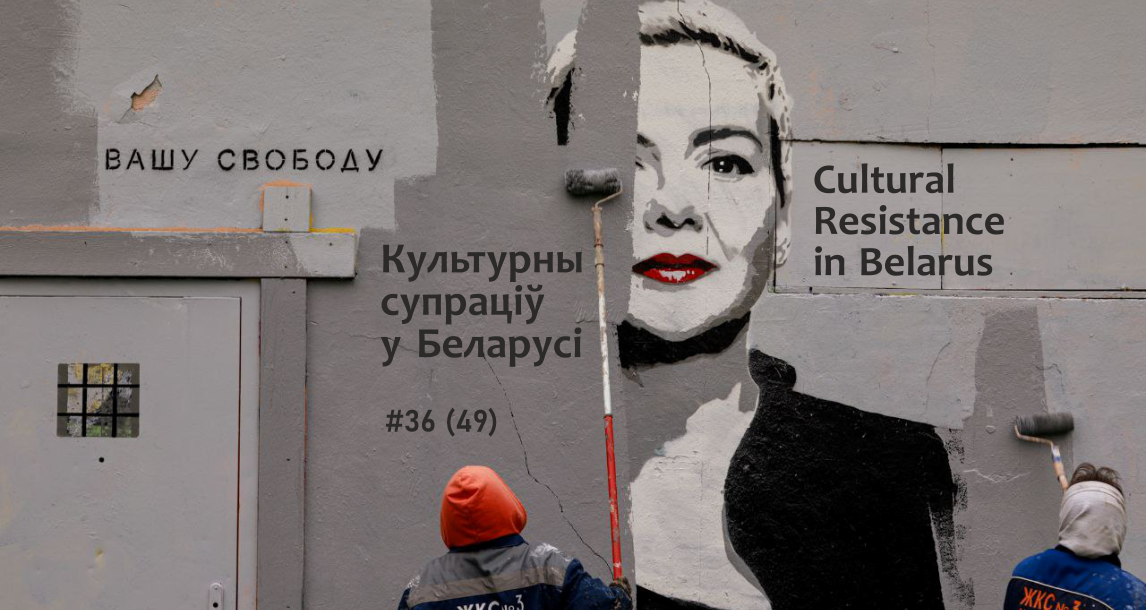 Photo: A mural to Maria Kalesnikava
"If we stop breathing, we'll die. If we stop fighting our enemies, the world will die". Quote from the film "Casablanca"

Download the pdf-version of issue 49 of Cultural Resistance Monitoring 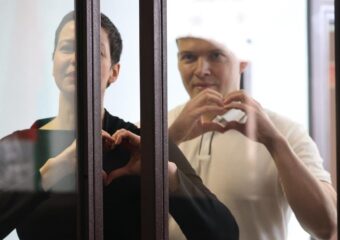 Maria Kalesnikava, musician, has been sentenced to 11 years in prison, and Maksim Znak, a lawyer-poet, to 10 years. They were found guilty under three articles of the Criminal Code: conspiracy to seize power, calls for actions aimed at harming national security, the creation of an extremist group or its leadership.

Several participants of the “Battle of Orša” festival, which has been held either underground or hasn’t been advertised publicly in recent years, were detained. Among them, Jurka Kopcik, a long-time festival organizer, local historian and journalist from Orša. The detained received 10 days of administrative arrest.

Employees of the cultural center “Korpus” in Minsk were detained and sentenced to administrative arrest “for disobedience to the police”: Alaksandr Bahdanaŭ and Maksim Kruk were arrested for 10 days, Lizavieta Nieŭmiaržyckaja – for 8 days. Vadzim Jermašuk, blogger, was sentenced to another 15 days of administrative arrest – on top of the 25, which he’s been serving since August 19.

Aleś Minaŭ, a young writer and teacher of Belarusian language and literature, has been charged under Part 1 of Article 342 of the Criminal Code of the Republic of Belarus (organization of group actions that grossly violate public order and involve clear disobedience to the lawful demands of the authorities, and active participation in such actions).

Viktoryja Lovina was fined 80 basic units (about 915 Euro) for her white-red-white hair. 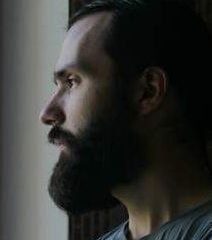 Aliaksej Busieł, sound director and musician from the band Favorite Mirror, was detained on the morning of September 9 at the local march in Minsk’s Kuncaŭščyna. He was beaten and tortured with an electric shock, and then arrested for 15 days. His mother was arrested along with him.

Mikoła Papieka, a poet, was sent to serve his 2-year sentence in the open air prison 400 kilometers from home, for the case known as “karahod” case. Kaciaryna Pytleva, a journalist, TV presenter and poet, who resigned from state television in 2020 and immigrated to work on an independent media project Malanka Media, on September 8 reported a search in the Minsk apartment where she used to live with her family. The doors were broken, the speakers cut, the hedgehog figures smashed with a hammer, the wedding photos cut, the vinyl collection broken, cereals and flour all over the apartment.

The website of Radio Racyja was blocked in Belarus. Access to the resource is limited by the decision of the Ministry of Information of the Republic of Belarus. Dozens of programs on Belarusian history, music and literature have been broadcast on this Radio for 15 years.

The authorities are liquidating the Belarusian Committee of the international organization ICOMOS which in Belarus has been focusing on preservation and restoration of historical objects. 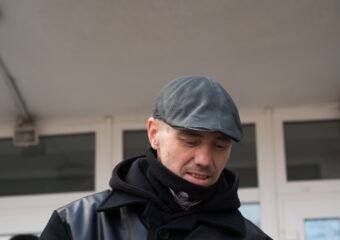 Ihar Bancar, a political prisoner, punk musician and activist, was given another 10 days in the punitive confinement. Thus, he will spend a total of 40 days there – in complete isolation and without any care packages. Before he was put in the solitary confinement “for violating the regime”, Ihar had faced pressure from the administration of  the open air prison in Viciebsk, where he is serving his sentence. There were open threats that the musician would have problems and go to the colony. Acquaintances attribute this to the fact that he refused to write a plea for mercy addressed to Lukashenka. 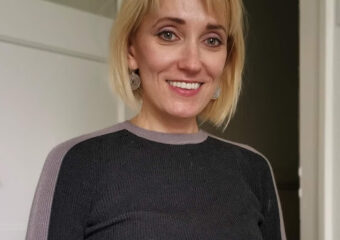 Maria Kalesnikava and Maksim Znak could meet with their fathers, for the first time over the year.

Natalla Chierše’s brother received a letter from her, for the first time over the four months. Now she is kept in a cell-type room – one is placed there for violating the prison order. Natalla is feeling ok, her diet has improved a bit, but there is a lack of fruits and vegetables. She has problems with hair – it has become thinner and falls out; Natalla believes the matter is a lack of iron. She reads books and writes complaints to the prison administration about what she disagrees with.

Tribute by cactus.art to Maria Kalesnikava and Maksim Znak. 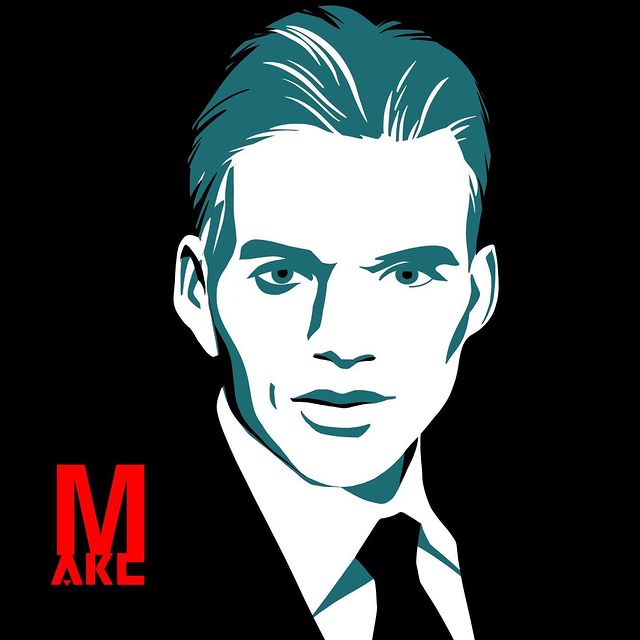 A Sunday School of Belarusian Tradition for children will open in Bialystok.

The Belarusian church in Antwerp, Belgium, has started work on a monument to Vitold Ašurak. A mural tribute to Maria Kalesnikava appeared in Saint-Petersburg, but was painted over within a short time.

Ihar Kaškurevič’s art project “Conversation with the Spirit of Stone” opened on September 10 as part of the “Art-Minsk-2021” festival.

​​At the Festival of Cultures in Wheaton, Illinois, Belarusians of Chicago presented a Belarusian exposition.

Online photography exhibition “Scream” telling about the events of 2020 in Belarus and the brave people who made the change possible.

The show “Burning Doors” presents a powerful expression of the Belarus Free Theater in solidarity with those who refuse to remain silent.

The long list of Jerzy Giedroyc Literary Award has been announced. Antanina Sciebur, a Master of sociology, curator and researcher, author of publications on contemporary art, wrote a text – an attempt to see how the repressive order is normalized and how we can both support and continue excluding someone from public space, depriving him or her of their voice. The author of the text emphasizes the importance of such discussions, because thanks to them, critical optics is formed along with sensitivity to the oppressed, whose voices are not heard, because they no longer have the strength to fight for themselves. 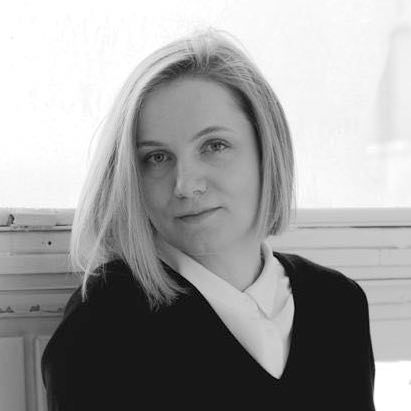 The problem is revealed through the situation with the photo exhibition “Sequential”, which took place in the Zair Azgur Museum in Minsk in July 2021: it featured a photo by Viktar Barazna – the current rector of the Belarusian Academy of Arts, under whose leadership there’ve been mass repression against professors and students, but no work by Viktar Kalenik, a photographer and father of Maria Kalenik, political prisoner student of the Academy of Arts, although photos of both could have been there, fitting in the concept of the exhibition. Antanina Sciebur thinks that the inclusion of Viktar Kalenik in the exhibition could become an act of solidarity and care for a colleague deprived of his voice. She sees the inclusion of the work of Viktar Barazna, who already has a strong position from the point of view of the authorities, as well as access to public spaces and media, but the exclusion of Viktar Kalenik’s works as an act of censorship in the current political situation. Thus, there is a “sticking” in the existing repressive relations, injustice, alienation is born, the exclusion of the excluded is intensified.

Taćciana Ščytcova, Professor at the European Humanities University and editor-in-chief of the philosophical and cultural journal Topos, philosopher,

“We are now dealing with propaganda that produces an extremely perverted picture of the world. This picture of the world is a product of consciousness that has no scope for imagination. And this is completely natural, because the isolation in which the regime finds itself today turns political consciousness into a bunker. And in this bunker there is only one program – self-rehabilitation after trauma. This is all that the propaganda discourse is now directed at. This is, of course, a different kind of trauma, not the one that struck society and led to massive protests. For opponents, the trauma is quite different, it’s the lack of support from the majority. And in this state, political consciousness can only reproduce a program for self-rehabilitation.” 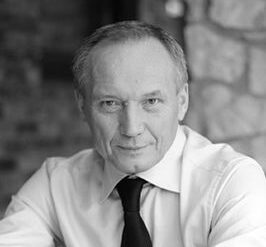 Uładzimir Niaklajeŭ, poet, writer, public figure, member of the Belarusian PEN, on the verdict for Maria Kalesnikava and Maksim Znak,

“There is nothing criminal in the criminal case against Kalesnikava and Znak and there can’t be, because they just participated in the election campaign in accordance with the Constitution. Since the laws do not apply here now, but the right to, let’s say, a personal signature under a court decision applies, no one expected that it would be taken into account that these people didn’t break the law. This shows that the messages to the West about the regime’s being ready for some negotiations, changes in its policy towards society. In fact, the regime is not going to do that and is showing in every possible way that the society will be under the opression and torture until they admit the regime’s being right.”

Post-graduate students of the Department of Performing Arts of the Estonian Academy of Music and Theater in February 2021 showed the play “Awakening of Belarus” – they chose this theme for their creative project. Now a video of the production with Belarusian subtitles is available.

Viktar Marcinovič’s novel “Revolution”, banned in Belarus, will be staged at the Deutsches Schauspielhaus in Hamburg in April 2022. 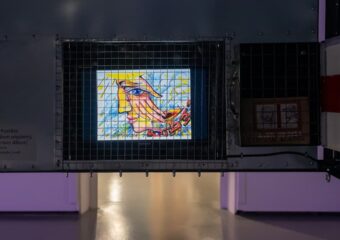 The works of Belarusian artist Aleś Puškin can now be seen at the exhibition Sztuka Polityczna (“Political Art”) at the Ujazdowski Castle Center for Contemporary Art in Warsaw, along with the works by 27 other world-famous artists. The exhibition is organized by the Danish art hall LESO in cooperation with the Ministry of Culture of Poland and other cultural organizations.

Julia Cimafiejeva and Alhierd Bacharevič are participating in The Festival of World Literature in Zagreb, online. Before the festival, an interview with Julia Cimafiejeva was published in the Bosnian media Dnevnik.ba. The screening of the film “Courage” dedicated to Maria Kalesnikava and Maksim Znak took place in Warsaw on September 7.

On the cover of the Russian “Novaya Gazeta” there is an illustration dedicated to Maria Kalesnikava and Maksim Znak. 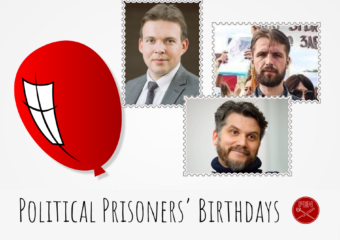